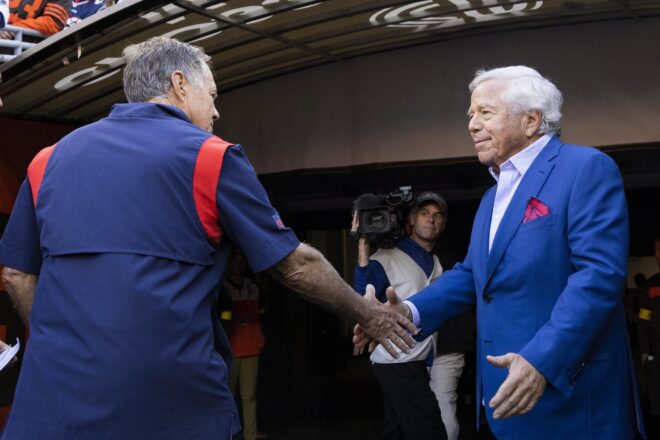 Just when you thought you’ve heard it all, it sounds like former Texans executive vice president of football operations and previous New England character coach Jack Easterby apparently made some bizarre claims during his time in Houston.

In a segment earlier today on “The Loop” which airs on Sports Radio 610 with hosts Landry Locker and John Lopez, Locker told a shocking story of an interaction he once had with Easterby, who was let go by the Texans on Monday.

In the story Locker claimed that Easterby once told him that the reason why he left New England, and hopefully you’re sitting down for this, was because Robert Kraft wanted him to “clone Bill Belichick”, which Easterby claims he refused to do.

“He said that Robert Kraft wanted him to follow Bill Belichick around, take notes on him, so that they could clone Bill Belichick after he left and he said the following, quote, ‘I couldn’t do that to Bill.’  Swear to God he said this.”

“I was sitting there like [stunned face].  First of all, it’s weird that anyone would think you could clone Bill Belichick.  I very seriously doubt that Robert Kraft said that.  Second of all, you left because you got a better job with the Texans.  You already had an agent, and you weren’t going to be able to do what you wanted to do with the Patriots.”

“So I don’t even fault you for that, but he literally said that he left New England because Robert Kraft wanted him to clone Bill Belichick.  I swear to God on the holy bible.”

You can watch and listen to the entire segment below, which begins at about the 6:48 mark.

(H/T to @raduray who pointed this out on our forum)