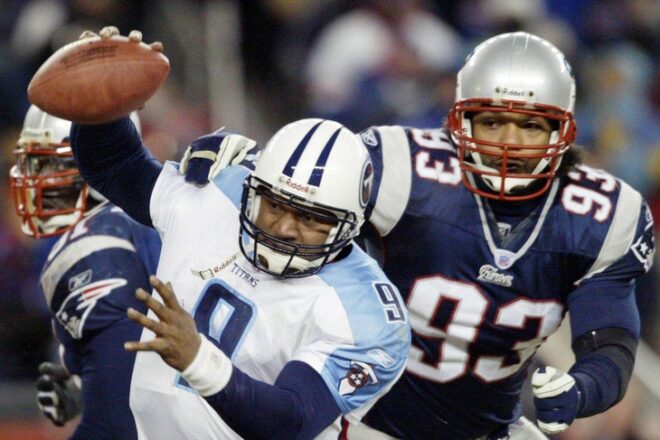 On Saturday afternoon in Canton, Ohio, former defensive end Richard Seymour became the second player from the first half of the Patriots dynasty era to be inducted into the Pro Football Hall of Fame.

In his acceptance speech, Seymour shared memories from his time as a Patriot while thanking those who helped him during his NFL career, notably head coach Bill Belichick and defensive teammates Willie McGinest, Ty Law, Rodney Harrison, Mike Vrabel, and Otis Smith.

“I’m overwhelmed today with humility not because of what this moment says about me, but what this moment says about ‘we’ and what ‘we’ can do together,” opened Seymour. “I’m overwhelmed with gratitude because I didn’t get here alone, none of us did. None of us could have. Class of ’22, they say you can judge a man by the company he keeps, I couldn’t be among better company than you. It’s a privilege to have my name bound forever with yours in the Pro Football Hall of Fame.”

You can view Seymour’s full speech from the Patriots’ YouTube channel below.

By: Ian Logue
When it comes to Green Bay Packers quarterback Aaron Rodgers, there's something about facing Bill Belichick that seems to bring out the worst in him.
21 hours ago

By: Ian Logue
The New England Patriots are apparently looking to add a little depth at linebacker, and it looks like they'll be bringing back a familiar face…
22 hours ago