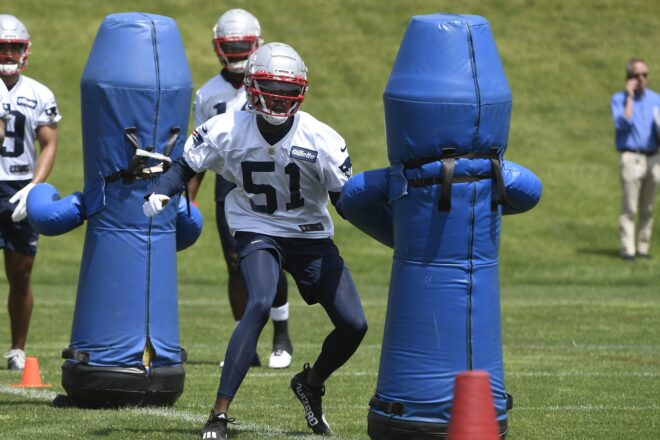 Another 2022 New England Patriots draft class member has inked a deal with the team.

On Thursday, wide receiver Tyquan Thornton became the ninth player from the class to agree to a deal.

During his senior season at the University of Baylor, Thornton caught 62 passes for 948 yards and ten touchdowns. Over his four-year collegiate career, Thornton recorded 43 receptions for 2,242 yards and 19 touchdowns.

Quarterback Bailey Zappe is now the only draft pick still working on a contract after guard Cole Strange reached a deal on Wednesday.

Thornton shared a photo on Instagram from when he officially signed his contract.

Yes, i’m happy for the young man, congratulations! I hope he is mature enough to understand his oppurtunity as a professional football player.