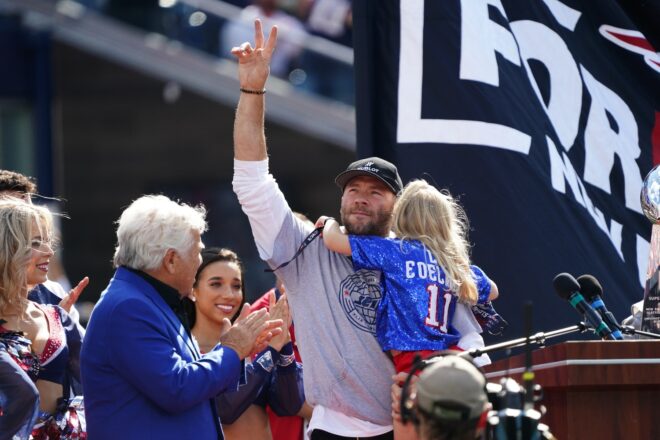 If you woke up this morning unaware of the date, you might have experienced quite the surprise from the social media accounts of Julian Edelman.

Edelman, who has been officially retired for the past year, decided to “announce” that he was making an NFL comeback and join Tom Brady’s Tampa Bay Buccaneers.

Of course, if you DID know today’s date and took time to read the fine print at the bottom right of the tweet, you would understand right away that Edelman merely put together a funny (for some scary) April Fool’s Day prank.

Why would the tweet be scary? In recent weeks, Brady and Rob Gronkowski have attempted recruiting Edelman to play for Tampa Bay.

However, time after time, Edelman has expressed he has zero desire to play professional football again.

“I’m cool. I’m not trying to hang on. I don’t need the money,” Edelman told the Barstool Sports “Call Him Papi podcast in October. “I don’t want to look like one of those old guys out there, which I started looking like that last year, because my body was breaking down. I have too much respect for the sport as an art.”

Additionally, Edelman has put together a quite successful new career as a panelist for Showtimes “Inside The NFL” program.

So fear not Patriots fans, Julian Edelman is still very much “Foxboro Forever”. Be careful what you read today!