The 2022 NFL Combine is set to give us our first look at players on the field, doing football drills and testing their athletic skills today, So, we figured before the overreactions…both positive and negative begin, we’d take a look at how the Patriots draft could play out if they were to trade back and get more picks in the 2nd round.

In this particular mock, the Patriots traded back twice and have four picks between 32 and 66, which we feel

I believe that the team will attempt to trade back from #21 and amass more picks in the 2nd and 3rd rounds where the sweet spot of the draft is reported to be. But it takes two to tango and here’s one version of what will be many different opinions on the subject. That’s what makes it so much fun.

The caveat here is that Bill Belichick loves his 6th and 7th round picks and it is definitely arguable that he won’t tap out that early. So, perhaps another trade is out there for him to opt back in.

So, here is our Mock Draft 1.0 Pre-Free Agency Edition: 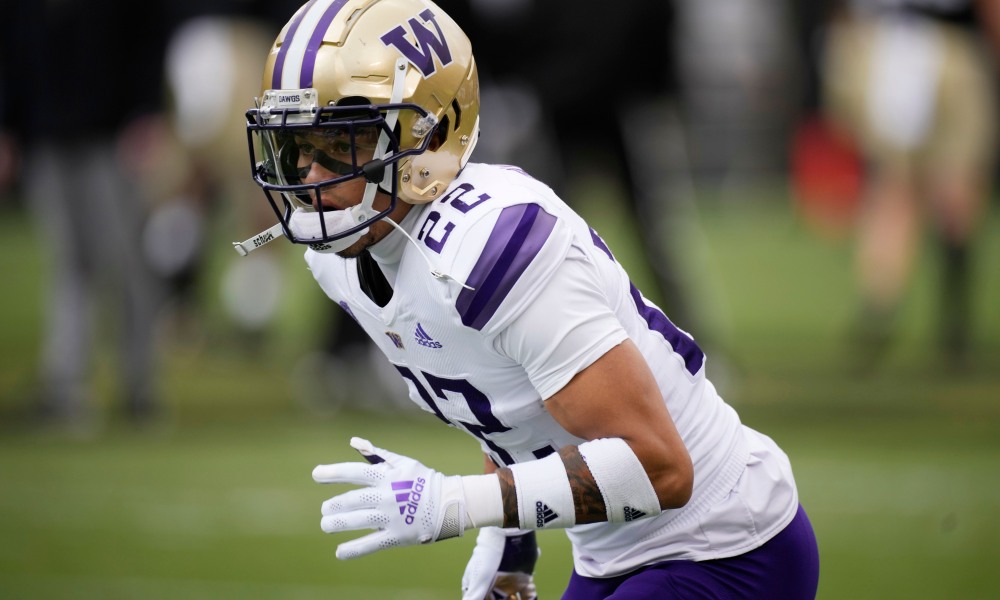 McDuffie is projected here and in most draft circles to be a Day 1 starter in the NFL. Despite having slightly below average size at 5’11, 195, McDuffie is a physical, run defender who has the speed and quickness to be an excellent defender in both man or zone coverage.

He’s versatile and could play either boundary corner on the outside, or slide inside into the slot. It was a surprise to see him still on the big board of this mock at #32, so, with Jordan Davis going at #19, I slid back to #32. 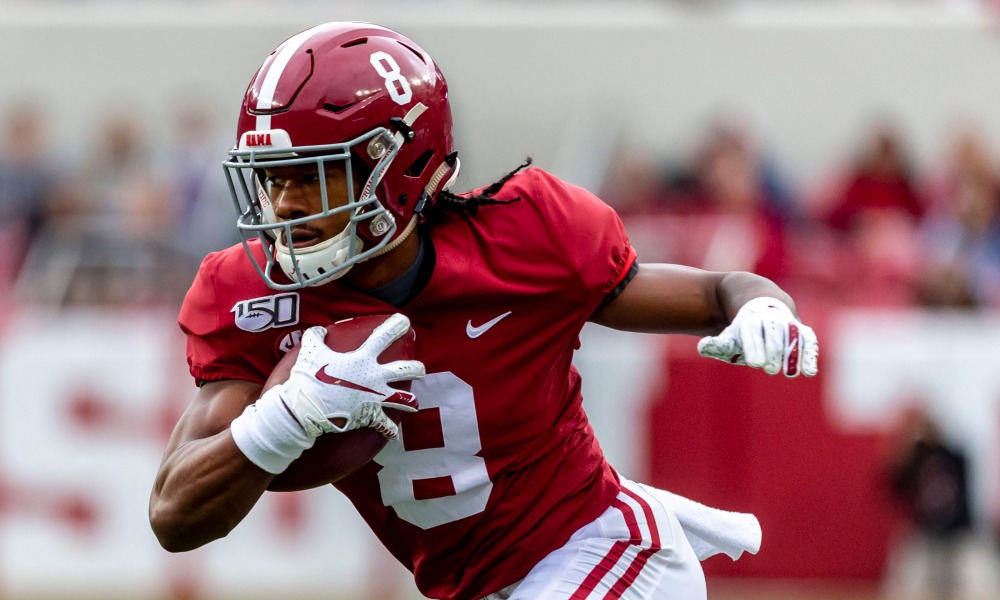 Metchie is a draft binky here, as his value would be more geared to 2023 than this year, as he tore his ACL in the SEC Championship Game in December. Metchie had a very productive year with Mac Jones in 2020, catching 55 passes for 916 yards and 6 TDs.

Metchie would be that slot/”Z” WR who would open up all kinds of room in the passing game. He has outstanding separation skills on both vertical and horizontal routes, making defenders defend every blade of grass.

Metchie met with the Patriots in Indy at the Combine, and said the meetings went “very well.” He had this to say about Mac Jones: “Mac and I are really close,” Metchie said. “He was my quarterback that year (2020), so Mac and I got along really well. We also spent a lot of time together my freshman year on the two team, so we have a lot of chemistry.” 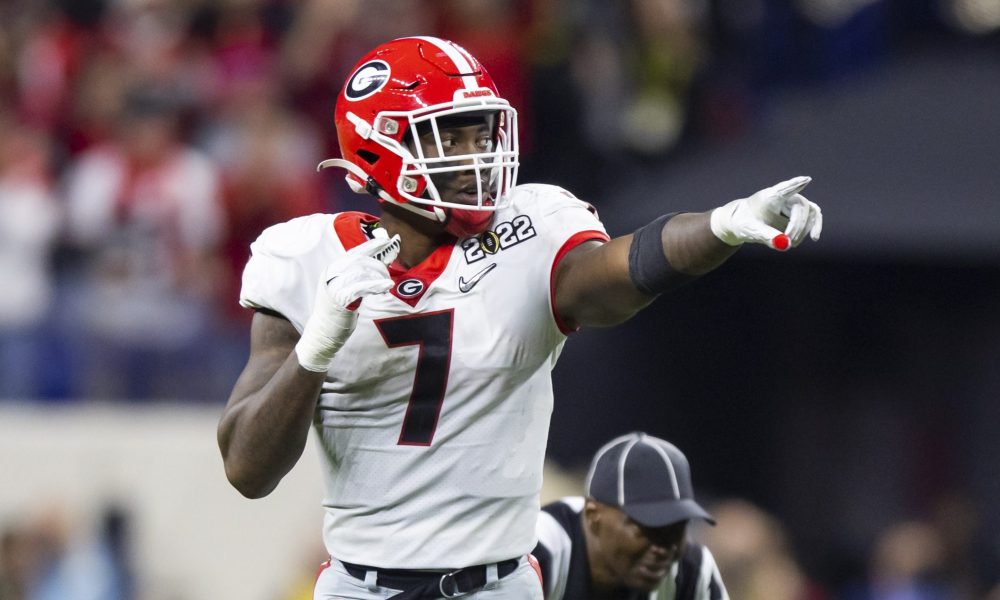 Walker is a player with plenty of upside, he was just coming into his own in Georgia in 2021 and seems like a player who has yet to hit his peak. He has the nice blend of size (that the Patriots look for in an inside backer at 6’4, 240), and athleticism in the position.

While he isn’t a “sideline-to-sideline” freakish athlete, he does have very good playing speed with a nice closing burst. He has an explosive first step and is excellent in coverage, something that is lacking presently.

He’s a good run stuffer with above-average coverage ability to blanket tight ends in coverage. He’s a Patriots linebacker who can excel within this system. While he’s still a tad raw (only a starter in his senior season), his best football is ahead of him. 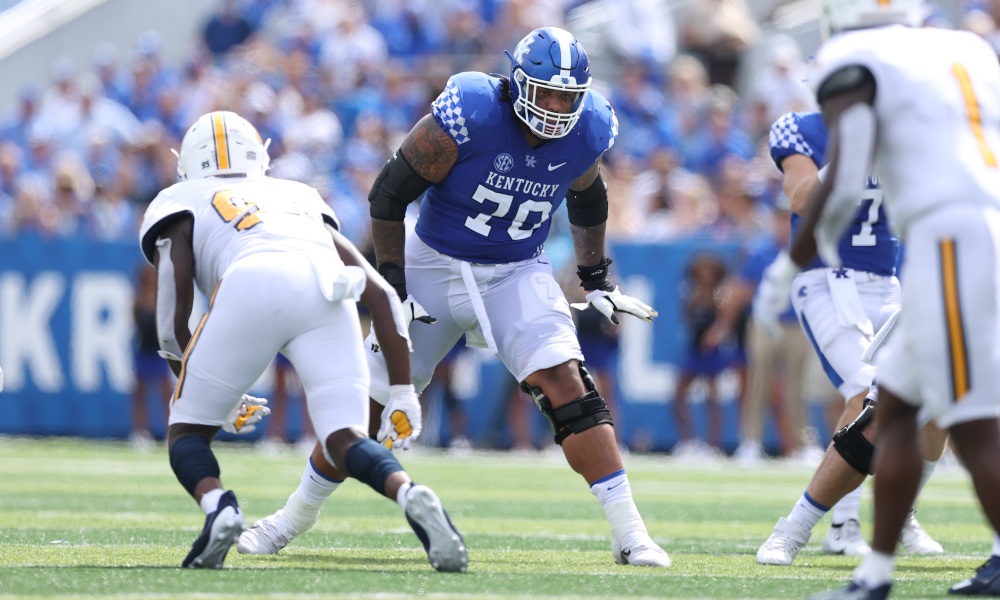 Kinard is a massive (6’5, 324) offensive lineman who can play either tackle or guard and that versatility is always highly sought after in New England. He’s a mauler in the running game who finishes blocks with the defender on the ground.

He was a two-year starter at both RT and LT and his pass protection is good but would benefit from some of his technique being cleaned up, especially in pass protection with his footwork and hand placement.

He held up well at the Senior Bowl in Mobile, but he could be a nice addition at guard for the Patriots who could slide outside during a game if the situation should dictate. 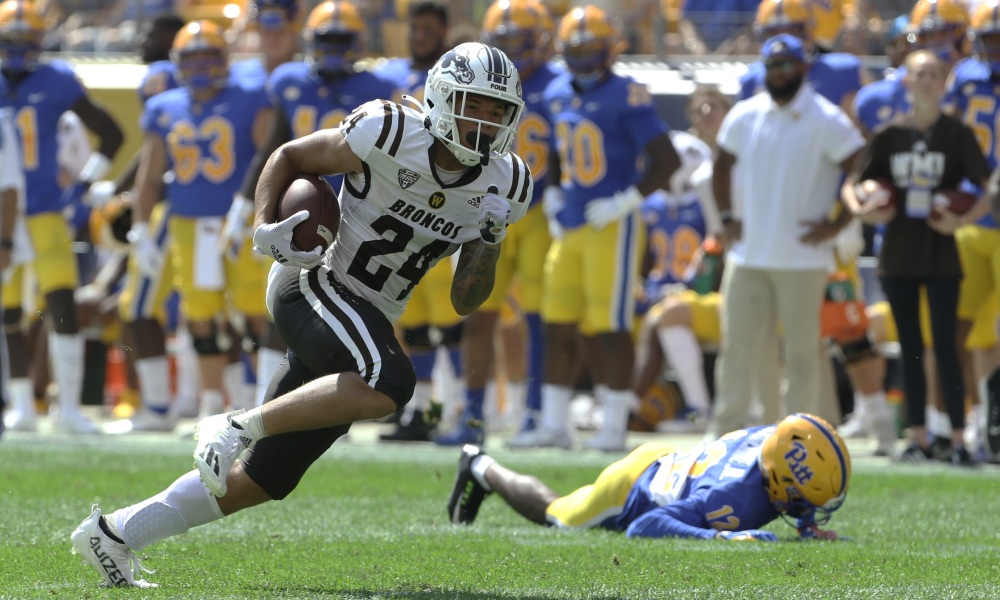 Moore is a three-year starter who had solid production during his time in college. While not a burner, he has the quickness out of the slot to be very productive. He’s not going to be a deep threat, as his deep separation isn’t there, but he’ll do the dirty work over the middle and will run through the catch.

He would be the 2022 slot guy who will find some success at the next level with an offense that puts a premium on their slot player having a quick first step, manufacturing separation through precise routes, and will snap his head back to the QB right at his break.

He currently doesn’t have special teams value, but that could change in Foxboro. 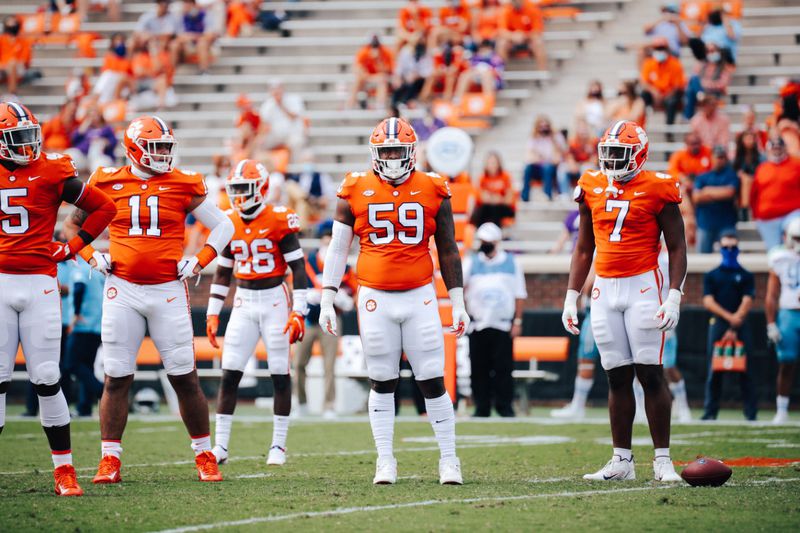 Jordan Williams (59) prior to his transfer to Virginia Tech. Clemson Athletics photo

Williams is a 6’4, 310 defensive lineman from Virginia Tech who transferred from Clemson last year. He is a stout interior run defender with a powerful anchor, who is versatile and has played zero, one, two, three, and five-technique.

He has good awareness in the running game and diagnoses plays quickly. He has excellent usage with his heavy hands, where he controls the gaps. Williams, despite excellent hand usage, has a limited toolbox as a pass rusher and utilizes a bull rush most of the time. It is an area where he could improve.

In the Patriots’ odd-man front, he offers good versatility and would be able to control his gaps.

Stay tuned to PatsFans.com as we’ll be going through some of our draft profiles of players, coming soon.