1 year ago at 5:00 am ET
Follow @SteveB7SFG
Posted Under: NFL Commentary 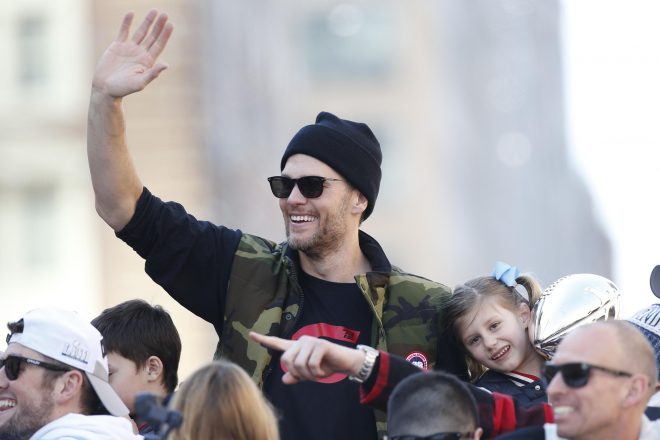 And Father Time? He Was Whipped

The greatest of all time has retired. Tom Brady has too many records to list, and in the end, many of them are just numbers, but we’ll get to that all in due course.

Brady doesn’t need to answer to some entitled whiny fans who feel that they are owed something and feel like they’ve been betrayed or forgotten because he didn’t thank them in his retirement post. Besides, he’s already done that…twice. When he was forced out the door by the Patriots or simply wanted out, is immaterial now. But he thanked the fan base with a long message in the spring of 2020. When he came back as a member of the Bucs this year, he spoke glowingly about living here and the fans again.

It should be the fan base thanking him, not the other way around. Yesterday, was for the Bucs fans and their players. He’s been part of that organization for two years now. He moved on and won them a Super Bowl last February.

If some fans are feeling like they were betrayed, don’t blame Brady, place the blame squarely where it belongs…on the organization and the ownership. Because they insisted on making him go year-to-year with incentive-laden contracts that were an insult to a QB that led them (and won) a Super Bowl a year before.

The organization, with more than a gentle nudge from some members of the media, fell for “the banana in the tailpipe” myth, that “you can see the gradual decline in Brady’s play.” That played out nationally and locally. 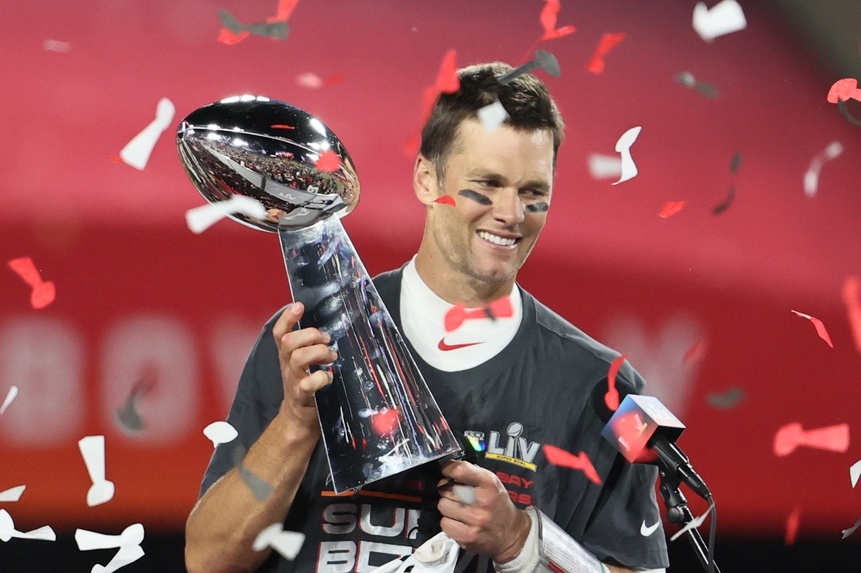 We started seeing those whispers about his decline all the way back to around 2012-2013 and they were in print. And remember, the internet is forever. The first whispers were heard in 2012 after the “You mad Bro?” game in Seattle, where people said he was seeing ghosts.

In 2013, Football Outsiders,  wrote, “the effects of Father Time do appear to be taking their toll… Myth and the legend of his career has clouded our perspective, but it’s possible that Brady’s decline has already begun. Every star fades at some point.

How can anyone forget 2014, and the Chiefs game? Trent Dilfer and his famous “they’re not good anymore” and then PFF’s Sam Monson wrote, “there is little doubt at this point that we are witnessing his decline in action. Brady is no longer an elite quarterback. He remains very good, but if the decline continues at the same rate, it won’t be long before that is no longer true.”

But it wasn’t just nationally. WEEI wrote (and they weren’t alone), “The uncomfortable reality that is a fading Tom Brady.”

“Brady will never win another MVP. He’s never going to play in another Super Bowl in New England. His best days are gone, and the days at a level right below his best days are gone. There will be flashes of the old form, but those will be outnumbered by what we’ve seen the last year and a half. It’s only going to get worse for Brady and the Patriots over the next couple of years.

Well-known national blowhards Nick Wright, Max Kellerman, and the worst Rob Parker continued to pound the decline bit, that despite yearly deep trips in the playoffs never went away. During the 2013-2018 years, Brady and the Patriots went to four Super Bowls and won three of them. Where’s the decline there?

Even after Brady left, there were still some doubters. In two seasons with the Bucs Brady passed for 9949 yards with 83 TDs in the regular season. He then added 1661 more yards and 13 TDs in the playoffs. His two-year total of Yards and TDs including playoffs is 11,610 yards passing with 96 TD passes. Oh, and the immobile guy rushed for 6 TDs (regular season and playoffs) so that is 102 total TDs in those two years. Those sure are some declining numbers.

I’m sure we all have seen, countless times that “Father Time is Undefeated.” Well, Brady’s last four Super Bowls have come at age 37,39, 41, and 43.  At the age of 44, he led the NFL in passing yards (5316) and TD passes (43). And this was with many of his talented skill players hurt during the season. Well, there is proof that Brady kicked Father Time’s ass. 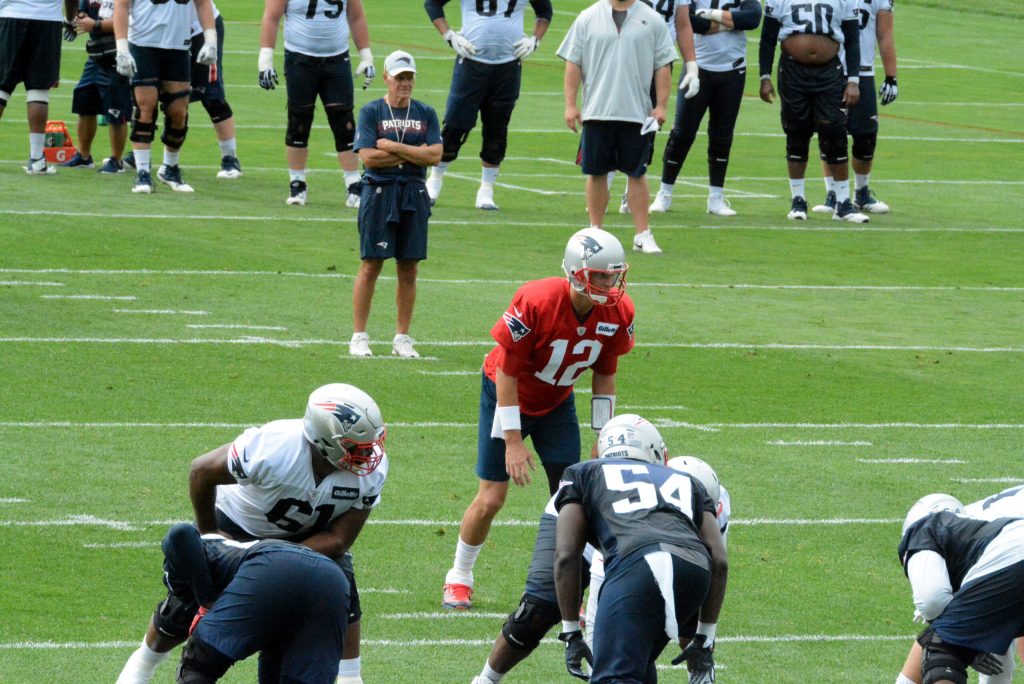 Brady’s Legacy of Winning is Unprecedented:

For those of us old enough to remember, the Patriots weren’t only bad, they were vagabonds who played at B.U., Fenway, Harvard, BC, and the old dump that passed for an NFL stadium. When Brady arrived the franchise had been to two Super Bowls in 42 years and lost badly in both.

There was no sustained success here. The closest the franchise came is when they hired Chuck Fairbanks who was the 2nd best coach to ever coach the team (and forget about the guy who spent SB week, plotting his departure and not the game). But they ran him out of town too.

Brady when matched with Bill Belichick gave this fan base success over two decades that hasn’t been seen here or in the league and quite probably never will again. The only constant through it all on the field was Brady. Off the field, it was Belichick. Together. Not because of Tom or Bill. They were a tremendous team. Every year, the talk was not if the team was going to the playoffs but if they were going to the Super Bowl. He brought the team to eight straight AFC Championships. In his 20 years as a starting QB (2008 he played half of one quarter), he went to ten (10) Super Bowls. That is insanely consistent. It speaks volumes about his longevity and the maniacal care that he has taken care of his body.

And there was that enormous chip on his shoulder. Brady went to Michigan and rode the bench and almost transferred. But then he had to play behind the “next great ones” who never panned out. It wasn’t until late in his senior year that he finally won the starter’s job. Because of that most NFL teams weren’t lining up to draft him.

He never forgot that there were six QBs taken before him and he lasted until the 199th pick in the 6th round of the 2000 draft. The one thing the draftniks and the NFL Combine couldn’t measure was the size of his heart. That perceived slight drove him like nothing before. He even bought a house although he was the 4th string QB when he entered training camp for the first time.

He introduced himself to Robert Kraft and described himself as “the best decision this organization has ever made.” And it was. But nobody knew it at the time.

But he outworked everyone. On and off the field. And that never ceased, even into his 40s. His work ethic was noticed by the other players and it became contagious. No one wants to be the last guy in the door and the first one out. He was all about the team, he never made it about him. After the games, he would always talk about the team. Which is why I’m not surprised there was no “farewell tour” for his last season. There was barely a blip when he passed Drew Brees for the NFL record for passing yards, which took place in Foxboro. Contrast that to what happened when Brees set the record.

And he was a winner, that’s what was important to him because that is why they play the game. Stats and accolades meant little to him. Lots of noise is made by those who support other QBs as “better than Brady” and they’ll point out, “Wins aren’t a QB stat.” BS. That’s what they are all ultimately measured by. Wins, specifically Super Bowl wins was all Brady cared about. And he did that more than anyone else in NFL history. QB “A” may have a stronger arm, while QB “B” may run like a deer, but in the mental aspect of the game, no one was better. And unlike those athletic types, whose skills fade quickly, Brady’s mental acuity remains the best.

His mental toughness is legendary. How many QBs can come back from 10 points down in the 4th quarter of the Super Bowl against a defense like Seattle’s “Legion of Boom”? His voice would raise an octave and the fire that burned in the 6th round pick would continue to do so. Down 28-3 to the Falcons in another Super Bowl in the third quarter, he never lost hope and continued to work, eventually driving the team to a tying score. 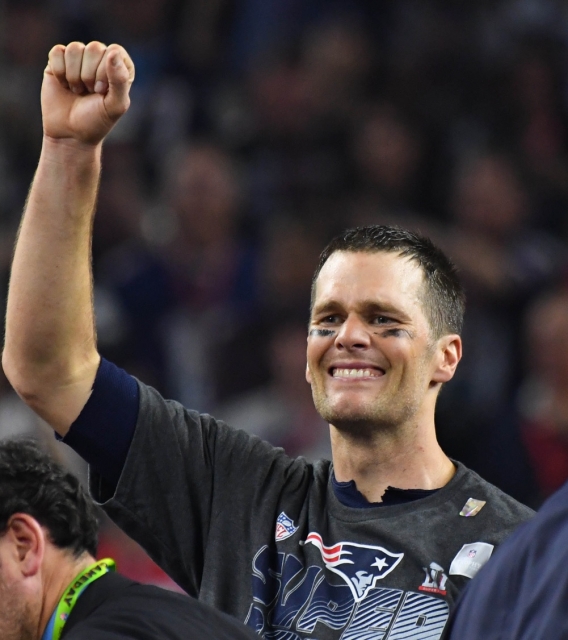 And once the coin toss in overtime was won by the Patriots, there was never a doubt that New England was going to win. Just two weeks ago, the Bucs were down 27-3 and he led them back to a tie with under two minutes to go.

He proved them all wrong. And now still at the top of his game, he gets to go out on his own terms, not when “he sucked” as he once said as to when he’d retire, but as the best. His numbers alone this year suggest he’d be a shoo-in for the MVP, but he’ll probably finish 2nd to QB “A”.

Growing up in the Boston area as a Patriots fan, I never thought we’d ever see the team get over the top. The closest team to really get there was the 1976 team. Two others made it to the SB but…were easily defeated. Now, we’ve seen the team win six.

So, as people fortunate enough to see him play for so long, we don’t require any thanks from TB12, but we do owe him… a lot.

Steve, of all the scribes covering the Patriots, I’ve always thought, first and foremost, that your articles were consistently ‘right on brother’. And in this article you have truly outdone yourself. Many thanks for your continued insights, and for sharing your keen observations, particularly those reflected in this marvelous article. Thank YOU Steve Balestrieri.