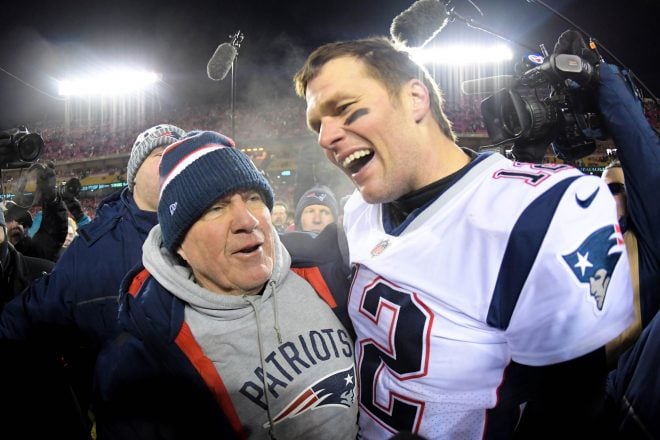 On Wednesday, Patriots head coach Bill Belichick followed up Robert Kraft by issuing a statement of his own addressing Tom Brady’s retirement.

Over the course of their 20 seasons together, Belichick and Brady became the most dominant head coach/quarterback duo in NFL history, winning 219 games together and six Super Bowl titles in nine appearances. As a result of their success together, each also holds the NFL record for playoff wins at their respective positions.

In the statement, Belichick refers to Brady as the “best player in NFL history” and the “ultimate competitor and winner”.

You can read the full statement from one future Hall of Famer to another below.

Brady would respond to Belichick’s statement via an Instagram story, referring to him as the “Greatest Coach in NFL history”.

Tom Brady responds to Bill Belichick’s statement by thanking him and calls him the greatest coach in NFL history. pic.twitter.com/s9mMRseKyU