12 months ago at 8:09 pm ET
Posted Under: Patriots Commentary 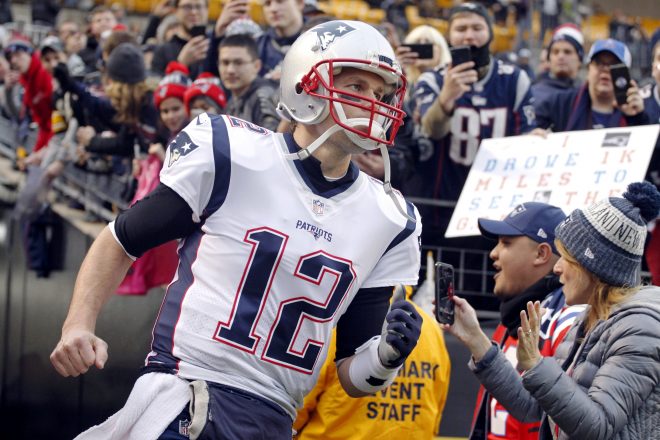 It was always going to happen sooner rather than later, but nonetheless, it’s something of a surprise that Tom Brady has chosen this time to call it quits and end his illustrious NFL career.

Having led the Tampa Bay Buccaneers to Super Bowl glory in his first season at the Raymond James Stadium team, it appeared he may well complete back to back successes, but his side ran out of steam and lost in the divisional playoffs to the LA Rams, and apparently that’s where the 44-year-old wants to bring his playing career to an end.

The impact Brady made at Tampa should not be overlooked. He led them to a first Super Bowl win in 18 years, and it’s worth noting that the odds on the Buccaneers clinching a title next season if you look at the current Pennsylvania NFL betting totals, they are way down now that they don’t have a boneafide NFL legend leading their charge.

Brady hasn’t officially retired, but the raft of speculation about his future, most importantly from pundits and former players, suggests that he’s retiring, and one wonders just what the former New England Patriots man may look to do now.

Many have suggested that Brady never wanted to have a farewell season, in other words, a season where it was clear it would be his last, so the manner in which his retirement has been released seems entirely plausible.

“I understand the advance speculation about Tom’s future. Without getting into the accuracy or inaccuracy of what’s being reported, Tom will be the only person to express his plans with complete accuracy,”

“He knows the realities of the football business and planning calendar as well as anybody, so that should be soon.”

On the potential of retiring, Brady has previously commented;

“I said this a few years ago; it’s what relationships are all about,”

“It’s not always what I want. It’s what we want as a family. And I’m going to spend a lot of time with them and figure out in the future what’s next.”

It is worth noting that this season has seen Brady top the pile in terms of passing yards and touchdowns over the course of the regular season, so clearly, his age hasn’t reduced his ability to make a genuine impact on the game.

After 22 seasons in the game, Brady will now be taking a break from the game, but we wonder whether he might find a way back into the game in some format.

READ NEXT:
With Tom Brady Now Retired, Patriots Need To Reclaim Him As Their Own
Posted Under: Patriots Commentary