4 months ago at 9:56 am ET
Follow @IanLogue
Posted Under: 2022 Patriots Offseason

As we head into the offseason, it’s obvious that there will need to be some changes heading into next season. Here’s a quick look at some early thoughts of where some of the focus will need to be to hopefully help the Patriots avoid being in this position at this time next year.

1) Patriots Need Offensive Tackles – Heading into 2022, the Patriots already appear to have their quarterback of the future in Mac Jones but if they have any hope of seeing him flourish in year two, an investment in protecting him is going to need to be a priority.

With Trent Brown struggling to get healthy for much of the early part of the season, the offensive line was a topic of conversation for much of the year as Jones took some unbelievably brutal shots during the first portion of the season. With Brown sidelined, the Patriots turned to players like Yodney Cajuste and Michael Onwenu and the protection was inconsistent at best.

On the other side, Isaiah Wynn also struggled to get healthy, which at times saw Justin Herron among players who tried to fill in during his absence. While Wynn has improved, he’s had his fair share of difficulties and considering how tough it is for teams to even have a player like Jones fall into their laps, they obviously need to keep him from taking some of the hits he suffered throughout the season.

With Brown potentially set to become a free agent, the tackle position on both sides should definitely be something the team puts at the top of their list this offseason.

2) They Need More Speed at Linebacker – One of the biggest things we saw in the loss to Buffalo is the fact the Patriots need to add speed at the linebacker position, which is definitely going to be a challenge.

One year removed from opting out due to COVID-19, Dont’a Hightower’s return was a nice addition but it’s clear that after all the injuries he’s dealt with that he’s not quite the same player he was previously. Hightower made up for that with his experience, with the veteran quietly showing up throughout the season both on film and the stat sheet for a lot of the plays and tackles he made that were part of New England’s success during much of 2021.

The only issue is against Buffalo, the Bills’ speed was on full display and that was an area where the Patriots were lacking the personnel to keep up. Hightower looked pretty slow that night, while Kyle Van Noy also struggled when it came to shadowing Josh Allen. One of the biggest problems throughout the contest was Allen taking off and moving the chains on a night where they just couldn’t contain him. This was also an issue during the season against other similar mobile quarterbacks.

As a result, New England needs to start a youth movement at the position as Hightower is clearly toward the backend of what’s been an overall terrific career during his time with the Patriots. Linebacker has always been a key area in Bill Belichick’s defense, so it will be interesting to see if they target that and make it a priority this offseason. 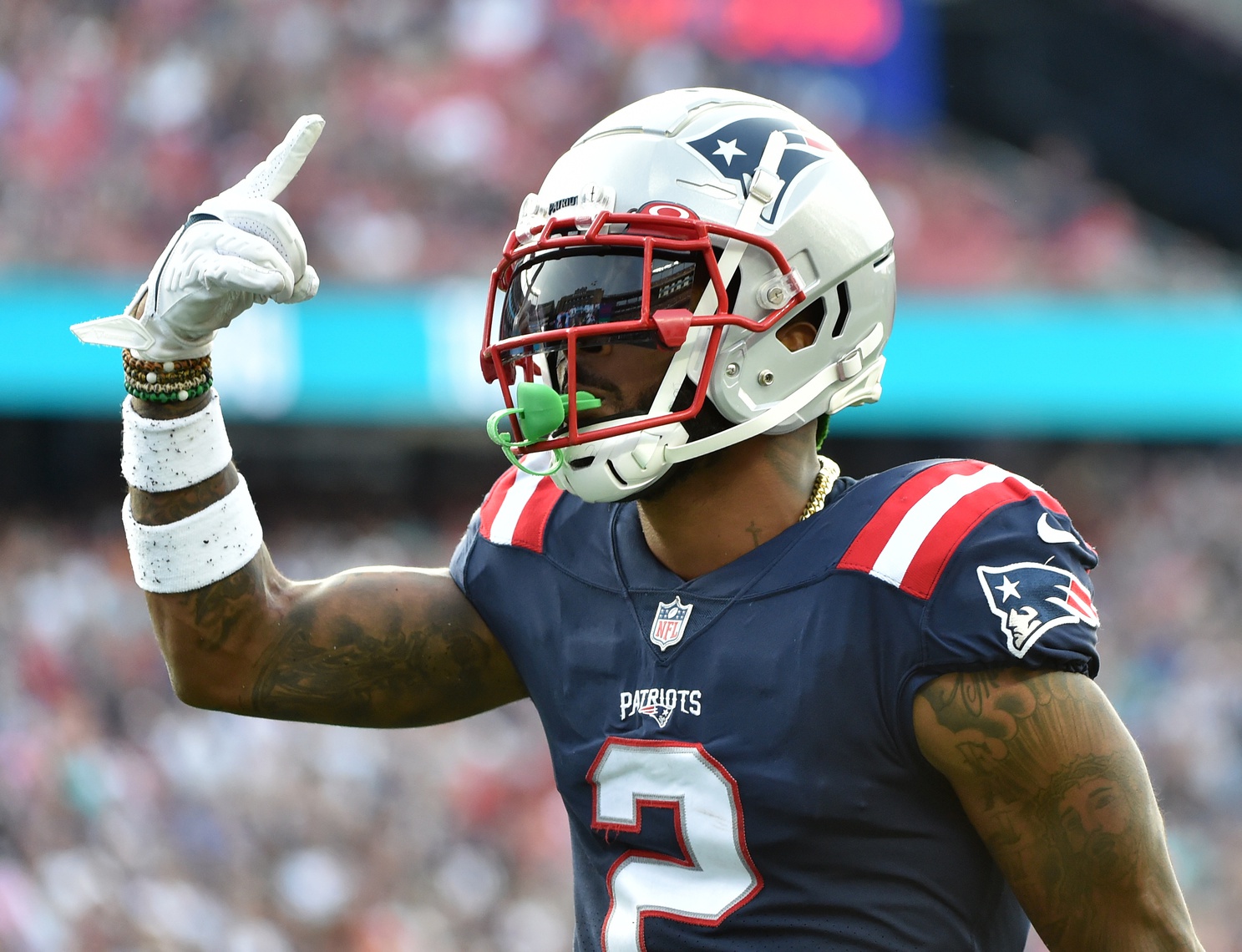 3) They Need Help In the Secondary – One of the biggest stories this offseason is likely going to center around J.C. Jackson, who is set to become a free agent this offseason.

Jackson had another solid season, finishing the year with a team-high 8 interceptions, which was also second-best in the league behind only Dallas’ Trevon Diggs. But Jackson fell off a bit at the end and against the Bills during the Wild Card round, he struggled against Stefon Diggs, who caught 3 of his 4 targets from Josh Allen during the loss. He’s a terrific player with great instincts but he’s not quite at the level of a #1 corner, which may be the reason why the club could opt to not use the franchise tag and explore other options.

We saw fairly consistent play from Jalen Mills, who while it wasn’t perfect, ended up being a more than serviceable player in their secondary. Jonathan Jones’ injury was tough, as it hurt a group that was already a little limited in terms of depth and he had seemingly appeared like he was taking some steps forward.

Myles Bryant was thrust into a bigger role thanks to injuries and he did about as well as could be expected, but he was badly exposed in the Buffalo loss and he’s clearly not yet where he needs to be. Needless to say, as a group, they definitely need some help.

It’s been mentioned before, but it should be interesting to see how Belichick addresses this. He’s shown in the past that he’s not afraid to target a young player as he did with Stephon Gilmore to anchor his secondary. But either way, this will definitely need to be a focus this offseason.

4) They Need a Third-Down Back – Lost in all of this was the injury to James White, who went down early in the season to a hip injury that ended his year before it ever really got started.

Brandon Bolden ended up being the one who surprised everyone by stepping into the role and doing a more than adequate job, with Bolden making up for some of White’s production in the passing game.

The veteran finished the season catching a career-high 41 passes for 405-yards and 2 touchdowns, almost doubling his previous best of 21 back in 2013. Bolden largely established himself thanks to his ability to pick up the blitz, which more or less solidified himself in taking over that role.

However, as a runner, White is far more dynamic and his loss definitely hurt them. This season certainly showed that he’s a difficult guy to replace and whether or not he’ll be brought back into that role remains to be seen.

White signed a 1-year deal with the team last offseason and the only positive behind his injury could be the fact it might increase his chances of coming back for another season. But if he can return to form, Jones will definitely be the better for it. 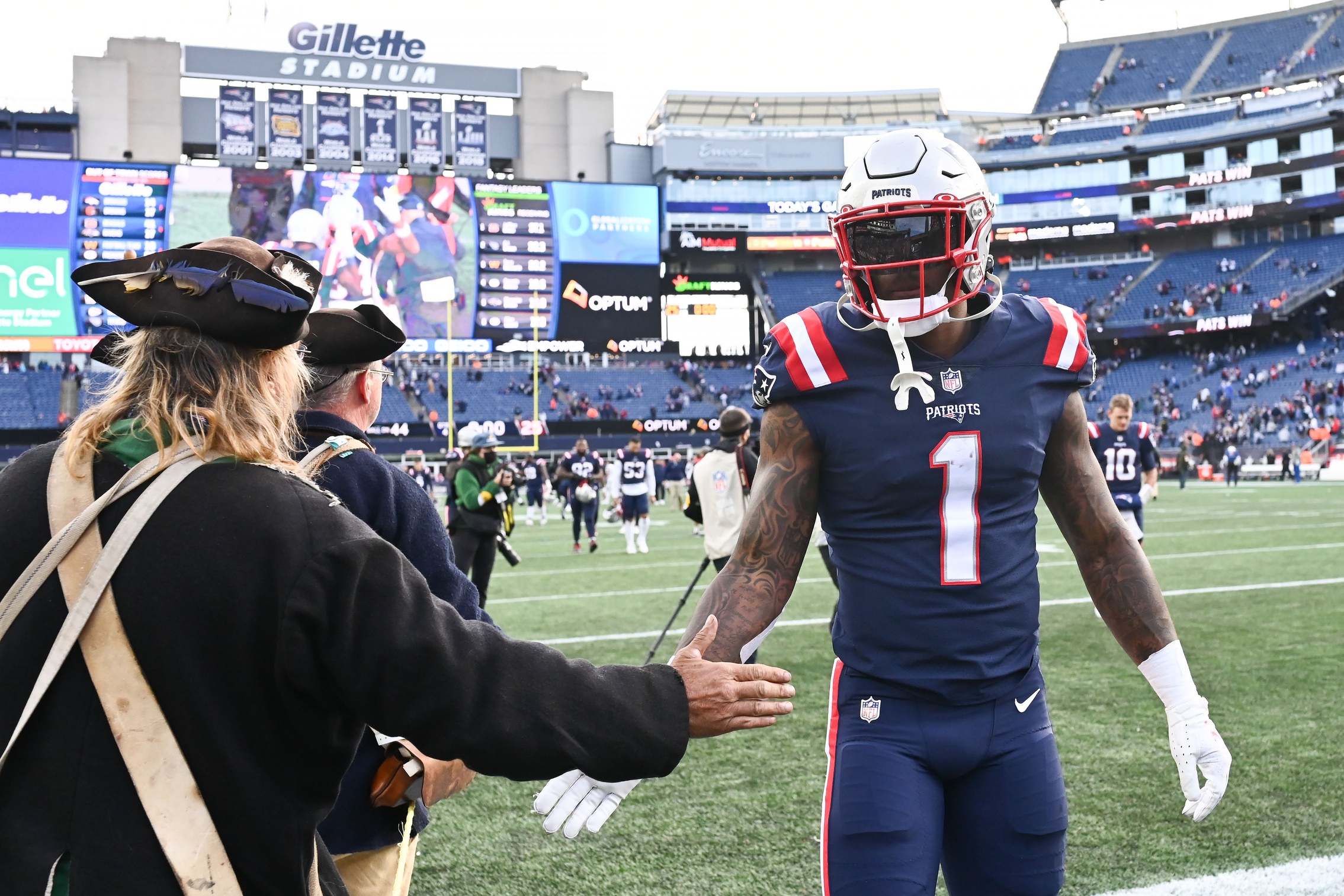 5) They Need a Receiver – After seeing Mac Jones’ growth this season, it’s clear that the future is bright for the rookie, provided they can both protect him and get him some additional people to throw to.

The addition of Hunter Henry and Kendrick Bourne were two key offseason acquisitions, as the two ended up making the biggest impacts among the players they signed. Nelson Agholor and Jonnu Smith appear to be players who haven’t quite seemed to get the offense down, and Jones found himself picked off on 5 of his 13 interceptions combined targeting these two.

Smith saw a limited number of targets this season, with the veteran only being targeted 45 times with just 28 receptions for 294-yards along with one touchdown.  His target total was the lowest out of the Patriots starters, and he never seemed to fully get comfortable.  The majority of his snaps were seen with him blocking, which was where he spent most of his time as Henry was the player who Jones turned to after looking his way 75 times.  Henry caught 50 passes for 603 yards and a team-best 9 touchdowns.

Meanwhile, Jakobi Meyers played well this season and finished with a team-high 83 receptions for 866-yards and two touchdowns, but he struggled at times as teams focused on taking him out of the game and he’s not yet a player who can beat tight man coverage.

What was interesting was how the dynamic seemed to change during Kristian Wilkerson’s one appearance, where things seemed to spread out and Meyers’ success increased. Jones was 8-of-8 targeting him in that game as Meyers totaled 73-yards and 2 touchdowns. However, the knock against Wilkerson may simply have to do with his ability to block on running downs, which could be why he didn’t see the field again following that lone appearance.

Agholor, due to his salary, likely isn’t going anywhere, so the obvious man out has to be N’Keal Harry. Harry excelled as a blocker all season but he remains a player who still doesn’t seem to know what he’s doing at times, has been slow getting off the line, and remains a massive disappointment since being selected in the first round back in 2019.

Last offseason he demanded a trade and Belichick kept him here through the 2021 season. After the way they lost in Buffalo, one would have to believe that Harry won’t survive the offseason and they’ll hopefully turn the page on him heading into 2022 and replace him with someone who can make an impact in this offense.

It should be an interesting offseason, but with Jones in the fold at least their most important position is in good hands. Hopefully, they can make a couple of key moves that will lead to a little more success next January.

By: Ian Logue
Seeing Vince Wilfork emerge as this year's New England Patriots Hall of Fame inductee is a fitting end to quite a story for the former…
7 hours ago