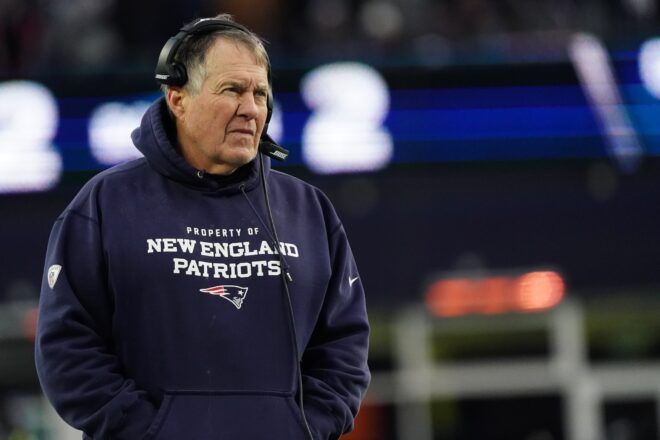 Who are the Jacksonville Jaguars?  The old saying is that you can’t tell the players without buying the game day program.  That’s not going to help!  Reports have as many as 27 players on the Jaguars roster are on the COVID Protocol list.  Several went on just before last weeks’ game, including starters Josh Allen, Myles Jack, Ben Bartch, and Laviska Shenault.  I expect those players will be back by Sunday.  On the depth chart, I have designated COVID players with a “C”.  Under the new NFL protocol, they may be back in time for the game.  If this number remains this high, I expect the game will be moved to next week.

Four of the starters are on the COVID list.  Jacksonville has gone completely remote on the team and position meetings.  This is going to be as bad as the game vs Houston where the Patriots were without 4/5 of their starting O-line.  One big exception, the Jaguars’ backups can’t hold a glass of water to the Patriots’ backups.   I expect some of the starters to be back before game time.  If not, it will be a long day for Trevor Lawrence and the Jags.

The Jags have been devastated at RB.  Their current starter is Dare Ogunbowale. Who?  Prized runningback and 25th overall pick in this year’s draft, Travis Etienne was re-united with his Clemson teammate Trevor Lawrence in the draft.  Unfortunately, Etienne suffered a season-ending Lisfranc foot injury during the 2nd pre-season game.  Veteran James Robinson was lost to a torn Achilles last week in the loss to the NY Jets.  The bad injury usually takes up to 10 months to recover from.  RBs don’t usually recover fully.  They also lost Carlos Hyde earlier in the season.  The jags have signed former player Ryquell Armstead and picked up Mekhi Sargent off waivers from the LA Rams.  Patriots’ Practice Squad runningback,  Devine Ozigbo, was approached to sign with Jacksonville and turned them down for a chance to stay with the Patriots and get to the Playoffs.

Laviska Shenault was supposed to be the up-and-coming wideout in the league this season.  With rookie 1st overall player Trevor Lawrence slinging the ball, Shenault was expected to have a big year.  Lawrence’s limitations as a rookie QB tempered the expectations for Shenault.  Add to that, Shenault was added to the COVID list.  Veteran Marvin Jones is Lawrence’s top target with 64 catches on 104 targets, 698 yards, 10.9 avg, 3 TDs.  Shenault was next with 56 catches on 90 targets, 544  yards, 9.7 avg, 0 TDs.  Laquan Treadwell only has 24 catches but he is averaging 13.5 yards per catch.  He hasn’t found the end zone, but he will get a bigger workload in this game.   Tavon Austin is a veteran and should be a challenge for the Patriots in the slot with his speed and elusiveness.

This position is an absolute disaster for the Jags.  All 5 TEs are either on the COVID list or Questionable because of injury.  James O’Shaughnessy, a former Patriot is listed as the Jags’ number one TE this week.  He has the Questionable tag with a hip injury and missed practice on Wednesday.  Dan Arnold, Luke Farrell, former Patriot Jacob Hollister, and Chris Manhertz are on the COVID list.  Anyone may be back in time for the game.   I expect they will elevate Matt Sokol from the Practice Squad and former Patriot Kahale Warring was signed this week from the Practice Squad.

Trevor Lawrence was going to be the number one pick in the draft since he was 14.  He is a generational talent that is in danger of being ruined by the Jaguars’ inability to put a team, coach, and organization around him.  He has thrown 14 interceptions and only 9 TDs so far this year.    Here is the breakdown of Mac Jones vs Trevor Lawrence.

The two things that stand out are the completion percentage and TD/INT ratios.  Jones was threatening Dak Prescott’s rookie completion percentage record of 67.8% before his disastrous performance last week.  He was over 70% for the year before then.  This may just be the difference between playing on a well-established team as opposed to a cellar dweller with a rookie head coach that has since been fired.  Jones has not proven that he can play in cold weather.  Trevor Lawrence may catch a break as the temps should be in the mid-’40s for the game.

The Defense is just as devastated by COVID.  As of this writing, 2 of 3 DL starters, all 4 LB starters, a key backup DB who played 40% of the snaps last week, and a starting S are on the COVID list.  Again with the new NFL protocol in place, many of these players may be eligible to come off the list in time for the game.  The Jags are very susceptible to the run, even when healthy.  They give up 135 yards a game (24th) on the ground with a 4.2 yards per carry average.  In the air, the secondary gives up 229 yards per game (14th).  That is a 7.2 yards per catch which is 27th in the league.  These numbers are skewered by the fact the Jags opponents run out to a lead quickly and they end up running to control the clock.  Their play is worse than the numbers suggest.

Former Patriots’ first-round selection Malcolm Brown and fellow starter NT DaVon Hamilton are on the list.  Backup Jay Tufele is also on the list.  That leaves Adam Gotsis, Dawuane Smoot, and Roy Robertson-Harris as the lineman.  Tuefele should be back for the game.  I see the Patriots running all over the Jags this week.

How about having all 4 starters on the COVID list.  Josh Allen, Damien Wilson, Myles Jack, and Jihad Ward are on the list.  I expect Jack and Wilson to be back.  It really won’t matter.  The freight train known as the Patriots running game is coming for you Jaguars.  Go ahead and put 10 in the box, it won’t matter.

Safety Andrew Wingard went on the list yesterday and should be a no-go for Sunday.  I don’t think he has enough time to recover and get two negative tests before the game.  If the game is postponed, then he would have a better chance.  Wingard is the third leading tackler on the team behind linebackers  Wilson and Jack.  LCB Tyson Campbell is just behind Wingard in tackles and leads the secondary with 9 Pass Break Ups.  Rayshawn Jenkins was having a fine year before he was put on IR.  Daniel Thomas is his replacement.  Rudy Ford played 40% of the snaps last week as the nickel or slot corner.  He is now on the COVID list.  Fourth-year CG Shaquill Griffin is way down on the tackle list and has no interceptions.  As a team, they only have 6 INTs for the year led by Campbell with 2.

The Patriots have a huge advantage in Special Teams.  Matthew Wright is ranked 26th in the league.  Nick Folk is the most consistent kicker inside 50 yards and should have been the Pro Bowl selection.  He plays in the elements and still made 34 of 37 kicks.  His three misses have been over 50 yards, one clanged off the goal post on a 56-yard kick in the waning second of the 19-17 loss to Tampa Bay.

Punter Logan Cooke was placed on IR this week and a replacement hasn’t been identified as of this writing (Thursday mid-day).

Punt and Kick returner Jaydon Mickens ended up on the COVID list.  If unable to go, Tavon Austin will take his place.  Austin is an experienced returner and there shouldn’t be much of a drop-off.

The Patriots team was embarrassed last week for not being physical enough.  Look for them to take it out on the woeful Jaguars on both sides of the line of scrimmage (LOS).  The Patriots will run the ball and there is nothing the Jags can do about it.  Sprinkle in some play-action passes from Mac Jones and I see the Patriots dominating the LOS and the time of possession.  Add in some mistakes from Lawrence and you have a makings of a route.  I will be highly disappointed if the Patriots don’t blow this team out of the water.  There is a reason the point spread for this game started at 14.5 and is now at 16.

READ NEXT:
Patriots-Jaguars Week 17 Key Matchups, Who Has the Razor’s Edge?
Posted Under: 2021 Patriots Season

So, you see the makings of a “route” ? Time to go back to school methinks!

By: Mark Morse
Today I am going to give a wrap-up of the East-West Shrine game practices.  The Patriots coaching staff has been very hands-on.  Steve Belichick arrived…
22 hours ago