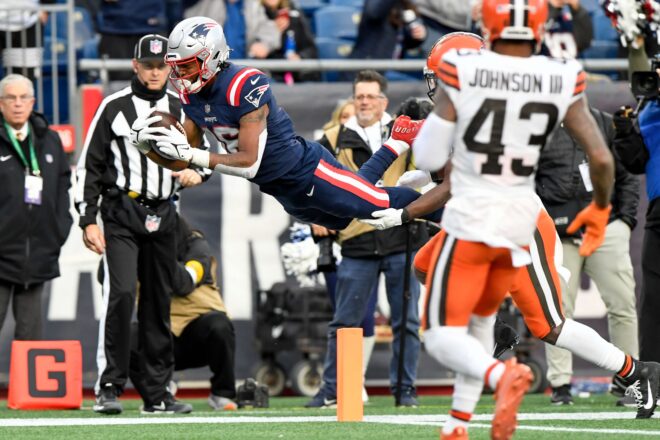 The New England Patriots put together their sixth win of the 2021 season this past Sunday against the Cleveland Browns in Foxborough.

The game marked the Patriots’ fourth straight win and improved their record to 6-4.

Notable moments from the game saw wide receiver Jakobi Meyers score his first career NFL touchdown and rookie running back Rhamondre Stevenson make his first start, scoring two touchdowns of his own and rushing for over 100 yards.

Additionally, head coach Bill Belichick became the first coach to win 250 games with one team during what also was the Patriots 1,000 game as a franchise dating back to their inception in 1960, the first of the original AFL teams.

The Patriots will travel to Atlanta to take on the Falcons at 8:20 pm EST this Thursday.