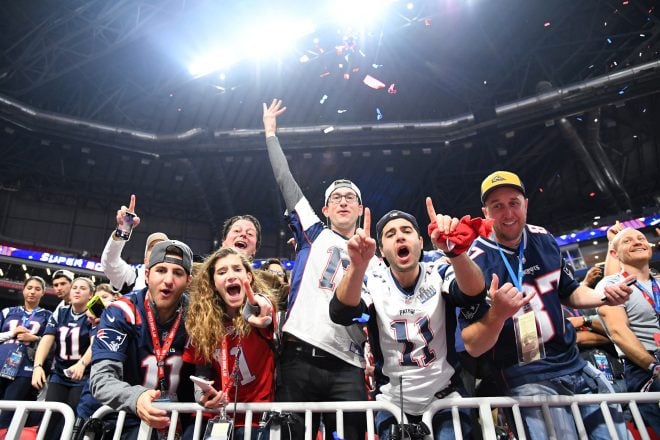 The 2021/22 National Football League season was billed as the most important in living memory as American Football, and America as a nation begins the healing process following the catastrophic COVID-19 pandemic. The NFL season was derailed in 2020 and things didn’t improve much in the early exchanges of 2021. Many teams were forced to uproot and move to a new base in a bid to avoid strict restrictions on movement and public gatherings. This is the season sports fans begin the fightback.

When analysing the schedule it was predicted we were in for the most competitive renewals in living memory. A strong case could be made for three or four teams winning the Super Bowl with another three or four considered dark horses. Followers of the New England Patriots fancied their team’s chances and made bold predictions of success.

Many turned to sports betting sites, backing the Pats to win the AFC East, the Conference or even the Super Bowl. The latter may yet prove to be a smart bet but if New England is to go all the way to Super Bowl LVI they must improve a defence that is leaking points at an alarming rate. The team’s AFC East stats after nine rounds is a cause for concern for some but is it too early for Patriots fans to reach for the panic button?

The stats don’t lie and New England’s slow start to the season has sucked all the optimism and energy from the stands. Supporters who, only a few weeks ago, fancied their team to go all the way and win a seventh Super Bowl and first since 2018 are now worried. They watch on from the stadium or live TV through the cracks in their fingers as a clumsy defence ruins the great work of the offence. Like a prizefighter who has taken too many punches, Pats are always dangerous going forward but look like they could be seriously hurt at any time.

In their opening nine matches of the season, Pats scored 230 points which is just five fewer than leaders the Buffalo Bills but at the other end of the field, they conceded 170 points. That tally is 52 points more than the Bills and more than others like the Denver Broncos who are stuck to the foot of the AFC West. They are far from the worst defence of the season but it’s not up to the standards you’d expect from a contender for the Super Bowl.

If the Patriots do as expected this season and make it through to the playoffs when things get tense, will that backline crumble or stand tall? At present, it’s not a defence that fans would be happy to rely on. Leaking points also makes the job of the offence more difficult. There’s quality in the attack and the Pats are good enough to beat any time in a shootout but scoring points to stay in a match is much tougher than scoring points to win a match.

Home form is another worry

In addition to the questionable defensive record of New England, their home form is causing many supporters sleepless nights. The team have played five games with home-field advantage and lost four. That is the highest number of home defeats in the AFC East and no team in the NFL has suffered more home losses at this stage. Not only are the paying public not getting value for money, but they have also had to watch their beloved team turn in poor performances, losing to teams they were expected to beat comfortably.

That losing streak includes a 19-17 loss to the Tampa Bay Buccaneers in October, with New England failing to register a single point in two of the quarters. The spare win was a stunning one, though and offers some encouragement. Patriots ransacked the New York Jets at the Gillette Stadium last month, blasting their way to a 54-13 win. Is that the start of the fight back? A result that instils confidence in the ranks and reminds the watching world just what this Patriots team is capable of when the players are firing? Fans certainly hope so.