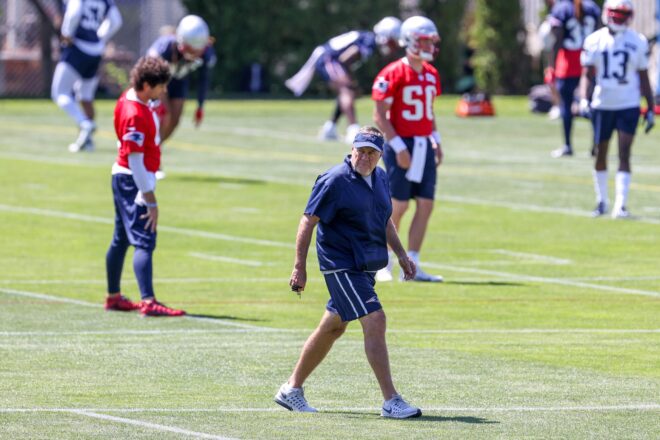 The NFL season is just right around the corner, and it has been a while since New England Patriot fans have been able to enjoy watching their team. After triumphing for so many years with Tom Brady setting up their plays, they’ve failed to win a Super Bowl since he left, whereas he has gone on to lift a record 7th Vince Lombardi trophy, more than any Franchise in NFL history.

But how are the Patriots looking ahead of the new campaign? Are NFL odds to go undefeated 2021? Well, let’s take a look just at what is going on in the world of the New England Patriots and see how they may cope with the season ahead.

Pre-season not going to plan

Pre-season is the time for teams to get back to match fitness. Most teams will have had some nice long breaks and players will have no doubt trained lightly whilst having some much needed relaxation time. But sometimes, pre-season doesn’t always go to plan.

And that’s just how it is going for the Patriots, after tight end Hunter Henry ended up damaging his shoulder. The injury didn’t even occur during a practice match, he was simply doing some one-on-one blocking drills, before retiring to the locker room early with medical staff.

An MRI scan revealed that he had actually damaged his shoulder, although it’s not as serious as first thought. But the injury will still keep Henry out of the team for a few weeks at the very least. Which won’t be welcome news to Patriots coach Bill Bellichick. 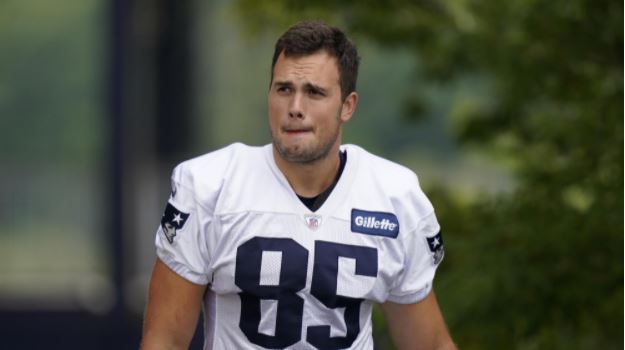 Fans will return to Gillette Stadium

After the bad news of Henry’s injury, a little bit of good news for Pats fans, as it has been confirmed that fans will be back in the stands at Gillette Stadium for the first time since the 2019 postseason. It has been a longtime coming for many sports teams in fairness, and Pats fans will be able to watch and support their team in person as they take on the Washington Football Team at home.

There will be a number of differences though following the COVID-19 pandemic, to try and help keep everyone safe and improve guest experience at the stadium. One of the main changes is that tickets are going digital, a system many sports events are adopting across the globe, in order to minimise any contact. And in addition to this, the venue will be cashless, with many touchless features added around the venue.

One thing that won’t be required though is the need to have been vaccinated to enter, or vaccine passports to show that you have. This may come back to bite the Patriots if an outbreak does happen and sees fans no longer allowed back in the stands. Management have agreed to just trust their fans, and asked them to only not attend if they or anyone they have come into contact with have tested positive for COVID, or are displaying symptoms.

Hopefully there aren’t a small minority that ruin it for the rest, and this won’t be a short-lived experience. 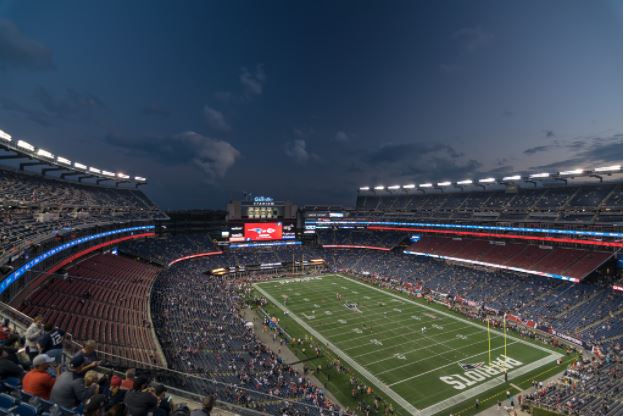 Changes to the team

We all know about the new players that will be coming in as part of the NFL Draft that took place earlier this year. But there have been other changes since then ahead of the start of the new season.

Less than two weeks ago, the New England Patriots announced that they had signed long snapper Brian Khoury. The 6ft 3”, 238lb, Khoury has had a bit of a strange year so far. He was signed by the Baltimore Ravens back in March, but released exactly two months later in May. And now will be stepping out on the hallowed turf at Gillette Stadium.

Khoury played college football at Carnegie Mellon, where he had a decent record. He was their all-time leader in sacks with 29 ½, which included 12 ½ sacks as a senior. It may well have been even higher if his season hadn’t ended due to the pandemic, but still, they’re some impressive numbers, and the Pats will be hoping he can recreate that form for them.

As one door opens though, another closes. And as such, it’ll be quarterback Jake Dolegala who will be shutting the door on his way out. He was originally claimed off waivers, and over the years had made a couple of appearances in practice squads in two different stints, but could never quite break into the first team.

As such, the Patriots have decided to let him go again and he is now a free agent for someone else to pick up. But having failed to impress at three big teams in the Cincinnati Bengals, Green Bay Packers and the New England Patriots, it may just be that he doesn’t have a future in the NFL. But never say never. He could still yet find a team ahead of the new season and prove all those who doubted him wrong.

READ NEXT:
MORSE: Will Having the COVID Vaccine Shot Determine Who Wins the QB Battle?
Posted Under: 2021 Patriots Preseason
Tags: New England Patriots

Imagine Cam in the RB spot and dual option plays based on defense… He does like to run, and he can always pass it out, or pass it back… etc.