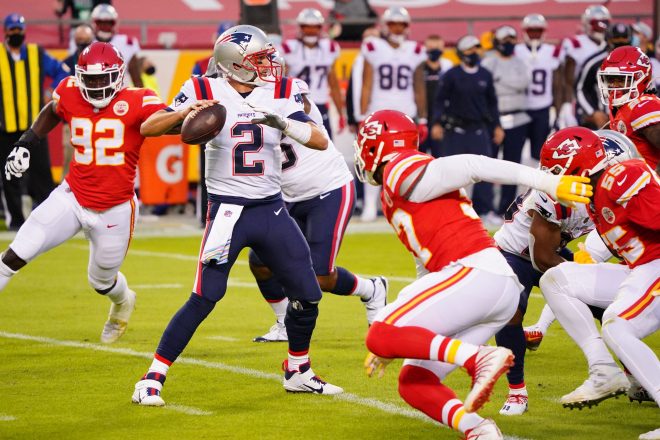 With rookie minicamp in the books, OTAs are starting and it won’t be long until we start seeing football players doing football things…It has been a long time since the Super Bowl in February. But we are edging closer.

Patriots Team Plane: The Patriots team plane is once again, the focal point in helping people during the COVID-19 pandemic. Last year, Robert Kraft sent the Patriots 767 to China to pick up a planeload of N-95 masks for medical and first-responder personnel.

This week the Patriots plane brought half a million much-need COVID vaccines to the people of El Salvador. The Secretary of Communications for the El Sal government posted the arrival of Twitter.

Julio Jones: Where’s that Twitter picture (at least a dozen years old) of Julio Jones renting a car at Logan…

Adrian Colbert: The Patriots are signing safety Adrian Colbert who spent time with the Niners and Seahawks before spending the past two seasons with the Dolphins and Giants. Although he is a deep safety, he’s known for his hard-hitting style and was known as “The Punisher” for his physical style of play.

He brings even more depth to the safety position and may challenge Joshuah Bledsoe for a roster slot.

Tyler Gaffney: The Patriots brought back a familiar face in re-signing former RB and current minor-league baseball player Gaffney to a contract. Gaffney was a member of the Patriots for parts of three seasons on both injured reserve and the practice squad. Although he never suited up for a regular-season or playoff game due to the team’s depth at the time, he’s the recipient of two Super Bowl rings.

But he played well in preseason and stood out for the team with 35 rushes for 152 yards with a TD in the 2016 preseason. He played well in the Pirates minor league system but is giving the NFL one more shot.

Tom Brady: Talk about forgiving and forgetting…Brady has a new mini-series coming out with ESPN called “The Man in the Arena” and it is due out this fall. It covers all 10 of Brady’s Super Bowl seasons “including 2007 unfortunately”, Brady said in the teaser trailer that was released this week.

The thought here was that after the way the network treated Brady during the “Spygate” among other issues during his career, that he was the forgiving sort. And I wasn’t alone in that sentiment as a good friend who also has the initials T.B.  thought the same thing in a Facebook message.

The famous “Man in the Arena” speech was given by Teddy Roosevelt in 1910 at the Sorbonne in Paris, and is one of the most widely quoted speeches of his life. But it was actually titled “Citizenship in a Republic” and the excerpt which is among the best quotes that can be used in a variety of life’s professions.

“It is not the critic who counts; not the man who points out how the strong man stumbles, or where the doer of deeds could have done them better. The credit belongs to the man who is actually in the arena, whose face is marred by dust and sweat and blood; who strives valiantly; who errs, who comes short again and again, because there is no effort without error and shortcoming; but who does actually strive to do the deeds; who knows great enthusiasms, the great devotions; who spends himself in a worthy cause; who at the best knows, in the end, the triumph of high achievement, and who at the worst, if he fails, at least fails while daring greatly, so that his place shall never be with those cold and timid souls who neither know victory nor defeat.”

Now…as Paul Harvey used to say, you know…the rest of the story.

4th & 2 Podcast – If you haven’t checked out our PatsFans.com podcast, “Patriots 4th & 2” in a bit, you haven’t missed any. We really need to get our collective a$$es back in the studio.  Russ, Derek, and I recorded a post-draft podcast a few weeks ago.

Thoughts on Bringing Back Brian Hoyer:

The Patriots resigned Brian Hoyer last week and the more excitable members of the fan base had collective apoplexy. But as always, there is a method to the madness that surrounds Bill Belichick, and while there are plenty who disagree with the signing (as is your right), there are several scenarios where it makes perfect sense.

First up is the Patriots’ intricate offensive system. This isn’t the easiest to learn for any QB, never mind a rookie 1st round pick such as Mac Jones. Hoyer is like the Josh McCown of the Patriots, while his physical skills aren’t going to wow anyone, his mind, specifically his knowledge of the Patriots’ offensive system is second to none as players go. And probably only Josh McDaniels and Belichick only know it better. So, he’s like a coach on the field.

And this…being the spring, the Patriots’ coaches are limited to how much time they can spend with the players. But fellow players can spend as much time as they want together. And Hoyer can in invaluable in that aspect working on every conceivable question for the rookie. It would surprise me greatly if I learned that Hoyer and Jones weren’t spending an inordinate amount of time together this spring.

Why not Cam you say? Well he should and probably will lend some of his experience, but this spring/summer Cam is intent on improving upon a horrific 2020 season. He has his own work to do building rapport with a host of new TEs and WRs.

I also believe (and to a lesser extent) that Hoyer is insurance in the case that the coaching staff believes that Jones isn’t ready and Newton gets injured at the end of TC or very early in the season. Hoyer is hardly a world-beater but the team went to him last year and if Jarrett Stidham didn’t play at the end of last season, then things aren’t too rosy looking for him. Of course, he could come in and light it up this year. But don’t hold your breath.

The feeling is here that if Jones shows great progress, and reportedly he’s making a lot of it so far, then the Patriots will release Hoyer and bring him on in some type of coaching capacity. Doing so now would be counter-productive as he wouldn’t be allowed to work with Jones as much in the off-season…that is against the rules and we know how the league would react to that…this isn’t the Ravens as we all know.

Matthew Judon Signing Continues to Fly Under the Radar:

Speaking of the Ravens…the Patriots’ free agency signing of edge player Matthew Judon this spring continues to be a quiet one, lost in all the hoopla over talk among the new TEs, WRs, and QB frenzy during the draft. But not for Lawrence Guy.

“I was thrilled when I saw Judon got signed,” Guy said to Zack Cox of NESN. “I remember when I left Baltimore, I said to one of the coaches, I remember him when he came out, went to a (Division-II) school, and his growth over those years was impressive. And I knew he was going to be great. I remember when I left Baltimore, I looked at my coach and said ‘this kid is going to be special.’”

Judon led the Ravens in sacks for the past two seasons and now joins his former teammate in Baltimore in New England. And he should be one of the cornerstones of a very revamped Patriots defense. Dont’a Hightower is back, and if he’s anything like when he was last on the field, he’ll be the QB of the front seven. Kyle Van Noy is back and after adding Devin Godchaux, Henry Anderson, Raekwon McMillan, Montravius Adams in free agency and re-signing Guy, Deatrich Wise, and Carl Davis, and with the added experience that Josh Uche, Chase Winovich, and Anfernee Jennings should get this year, the front seven should be vastly improved. But Judon remains somewhat under the radar.

While New England went gaga over the signings on offense, Belichick rewarded Judon with a four-year, $56 million deal, making Judon the highest-paid defender in Patriots history. We expect that he’ll have a big role in the defense.