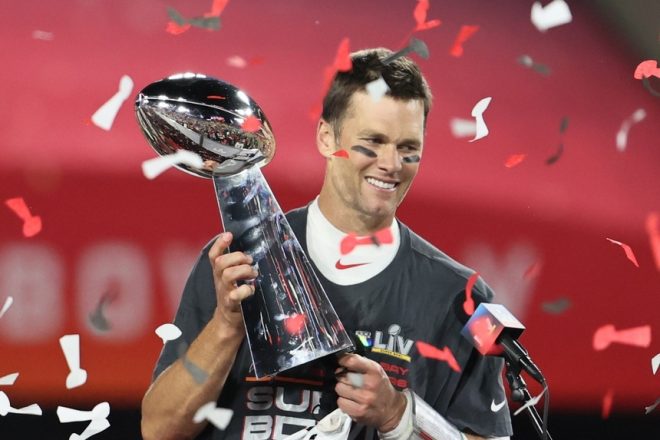 After 21 seasons, the story of Tom Brady’s road to the NFL is widely known.

However despite the seemingly now-common knowledge of Brady’s underdog draft day as the 199th overall pick, the internet still likes to share his rather unflattering combine photograph each draft year as a reminder “anything is possible” in a trolling manner.

Well on Thursday, it appeared Brady finally had enough and decided to acknowledge the internet trolling for the first time.

Taking to his twitter, Brady had the following sarcastic message for everyone sharing his combine photo.

Never one to miss an opportunity for a joke, Brady’s old teammate Julian Edelman shared this photoshopped gem over Instagram.

Oddly enough, and old tweet from the Patriots new quarterback featured his own reference to Brady’s combine photo.

Check out this tweet from Mac Jones in 2019, which of course resurfaced during draft night.