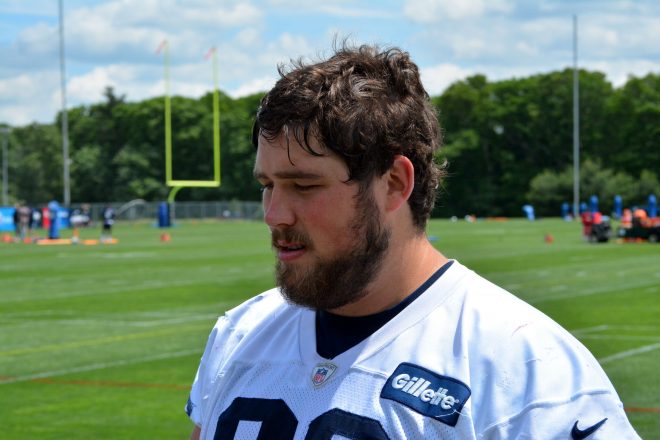 This one certainly stings.

According to NESN’s Doug Kyed, Patriots center David Andrews will be moving on in free agency and his tenure with the Patriots appears to be over.

No word yet on where his potential landing spot might be, although the rumors continue to swirl that the Dolphins and Jets could be in the mix for his services.

After New England seemingly decided to let Andrews test the market in hopes of coming back with an offer they could match, the first indication that all wasn’t well was when reports surfaced that the team was bringing back center Ted Karras from Miami on Wednesday.  That more or less closed the door on a possible return, which later led to Kyed confirming the veteran wouldn’t be back.

His impact is certainly significant.  The Patriots ground game flourished with his return last season, improving from averaging gaining just 3.34yds on runs up the middle in 2019 to gaining over 4-yards per carry at 4.16 in 2020.

Karras filled in for Andrews in 2019 and is definitely a serviceable replacement.  He’s just not quite at Andrews’ level, which explains why Andrews appears to be receiving a big payday from somebody.