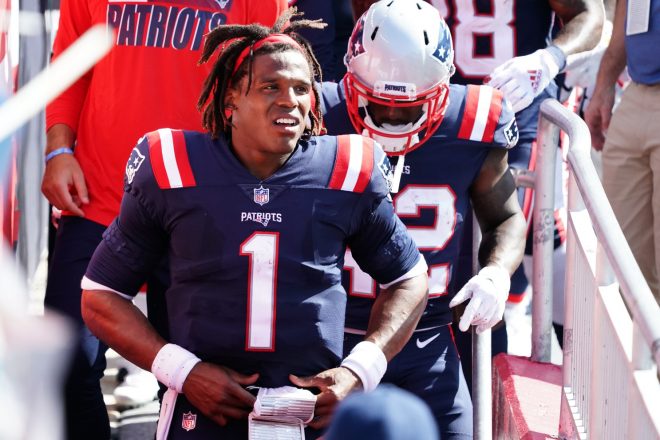 Cam Newton is back as a New England Patriot.

On Friday, Newton agreed to a one-year, incentive filled deal up to $13.6 million. The news of the deal was first reported by the Boston Globe’s Jim McBride.

According to NFL Network’s Mike Garafolo and Tom Pelissero, Newton’s contract “is made up of $1.5 million in guaranteed base salary, a $2 million signing bonus, $1.5 million in per-game roster bonuses, $100,000 in workout bonuses and $8.5 million in incentives for reaching the playoffs, making the Pro Bowl and All-Pro teams, being named MVP or Super Bowl MVP, among other things.”

Newton’s debut season with the Patriots was up and down for the former league MVP.

In 15 starts, Newton completed 65.8 percent of his passes for 2,657 yards, with eight TDs and 10 INTs. His passer rating of 82.9 place d him 22th overall among qualifying QBs, according to NFL Research. Newton also added 592 rushing yards and 12 TDs on the ground, both of which were Patriots franchise records despite the disappointing season end result. Newton missed one-start following a COVID-19 positive test.

On Instagram Friday, Newton shared a message for both his fans and critics as he looks to become a Pro-Bowl caliber quarterback again.

You can check out Newton’s full comments below. 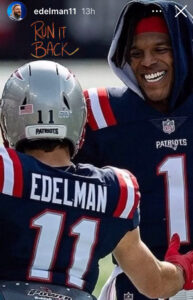 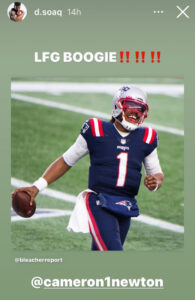 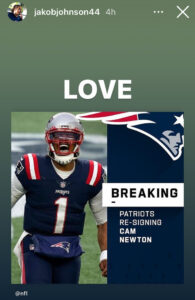 Keep being you @CameronNewton. Best decision they could have made! Let’s go!!!!! https://t.co/JLiHcNdhV7