2 years ago at 9:56 am ET
Follow @IanLogue
Posted Under: Patriots News

1) The Patriots continue to do their due diligence when it comes to the quarterback position, with the club apparently not concerned about a player’s projected draft slot.

According to the Athletic’s Jeff Howe, the New England has been “heavily scouting” the top QBs in the upcoming draft class, including number one pick, Trevor Lawrence.

The Patriots have been heavily scouting the top five quarterbacks in the class, including some who would almost certainly require a trade up the board, according to several sources. That group includes Clemson’s Trevor Lawrence, BYU’s Zach Wilson, North Dakota State’s Trey Lance, Ohio State’s Justin Fields and Alabama’s Mac Jones.

Some of this background work has included conversations with the quarterbacks’ college coaches. The Patriots were also in attendance last month for Lawrence’s throwing session, which was held before his left shoulder surgery, and met with Jones during the week of the Senior Bowl. They’re expected to continue to work on the class with each quarterback’s pro day later this month.

The Patriots are no stranger to being thorough, regardless of where they believe a player might go.  Given the history of what’s gone on over the years, it could be as simple as being prepared unless a player falls or it could be they’re planning to make a move up the draft board, which Mel Kiper Jr. recently predicted the Patriots might trade up to the #9 slot to select Lance.  There’s still also a chance given the recent rumors that Deshaun Watson could be dealt to the Jets, which would potentially make one of those guys available and throw off how many believe it may shake out.

So while many are intrigued by the latest developments, only one person truly knows what the club’s intentions are.  As a result, the rumors will likely continue to swirl and we’ll simply have to wait and see how it plays out. 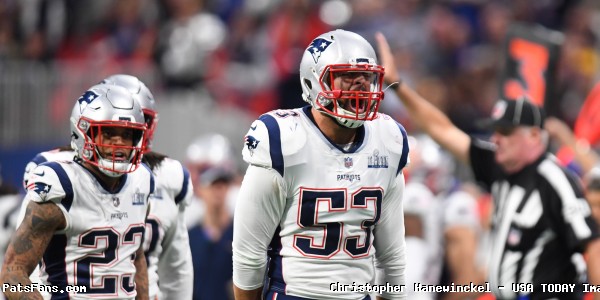 Van Noy was a good player, but he burned some bridges here in New England.

2) Kyle Van Noy’s release after just one season in Miami was surprising, with the veteran linebacker among one of the key losses for the Patriots in free agency last offseason.

Van Noy has fired off repeated shots at his former club, but like every other former player, the question now is whether or not Belichick will ignore the noise and give him the opportunity to return to his previous team.

While Belichick is an expert at sweeping these things under the rug, a return to New England for Van Noy seems unlikely.  He’s reportedly looking for a long-term deal and money that will probably be higher than the Patriots will even consider, making a return to Foxboro unlikely.

Whether or not he gets what he wants remains to be seen and it’s safe to say he soured plenty of fans who used to root for him during his time here.  Our own Steve Balestrieri believes the Giants could be in play for his services and it should be interesting to see where he ends up.

3) Former Patriots quarterback Tom Brady appeared on the Late Show with James Corden, answering a variety of questions including about the trophy toss, which has obviously gotten plenty of play recently.

“OK, first of all, I was not thinking at that moment,” said Brady.  “There was not a thought. It was, ‘this seems like really fun to do.’ Not to mention, when you get your hands on one of those trophies, there are a lot of really sharp edges on the bottom, where the stand is. Obviously, the ball is what it is.”

Brady admitted that had the toss gone wrong, he didn’t realize at the time how bad that might have been.

“I found out later, that had that been an incomplete pass, that would’ve went down like 80 feet,” said Brady. “So I am so happy to Cam [Brate].”

The veteran quarterback said that right now he’s keeping busy focusing on rehabbing his knee after recently undergoing knee surgery.  He also admitted that he’s doing some little things around the house, including getting reacquainted with the dishwasher, where the broom and vacuum cleaner is, etc.  Too funny.

One other tidbit was the fact his wife, Gisele Bundchen, reportedly asked him, “What more do you have to prove?”  Clearly indicating that she’s ready for him to call it a career.

The entire interview was pretty good and is a little over 9-minutes.  You can see the full segment below:

4) One other big question this offseason involves the future of Patriots cornerback Stephon Gilmore, and it sounds like 2020 may have been his final season in New England.

According to CBS Sports reporter Jason LaCanfora, GMs around the league believe that Gilmore will be dealt this offseason, with LaCanfora writing that most of them feel it’s “a foregone conclusion”, also pointing out he hasn’t heard anything about a contract extension for the veteran.

Given their other needs, along with the emergence of J.C. Jackson, that move certainly makes sense.  It could also allow them to potentially grab some additional draft capital as they try and address their need at quarterback as well as their needs along the defensive line.

There are still some moving parts as they’re expected to place a first-round tender on Jackson.  One interesting twist could be that there has been some speculation a team could be out there who might try and steal him away, which could throw a monkey wrench into that situation and put the Patriots secondary in a rough spot heading into this season. 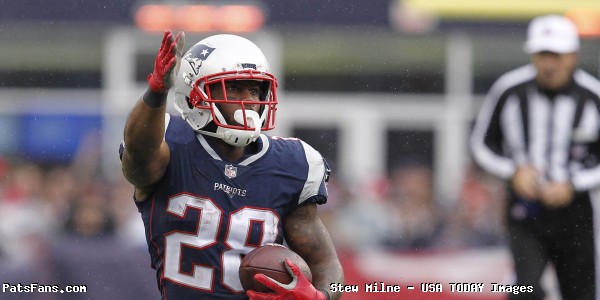 5) ESPN’s Mike Clay took a look at potential landing spots for free agents this offseason and he believes one of the Patriots biggest offensive weapons could be headed to Florida.

Clay believes that free agent running back James White could be among a few players who could join the Jacksonville Jaguars, with White giving them the pass-catching back the team is in need of.

This is a lot of action for a Jacksonville offense with a decent group of weapons (DJ Chark Jr., Laviska Shenault Jr., James Robinson), but a) it’s a new regime under Urban Meyer, b) no team has more cap space, and c) depth behind the aforementioned emerging stars is a real concern.

The first rookie on our list, Lawrence is fully expected to be the No. 1 overall pick in April’s draft and will be on the QB1 radar as early as late 2021. Jacksonville’s cap situation will allow them to out-spend most TE-needy teams for Henry. It’s a major need after Tyler Eifert was released and with Josh Oliver next on the depth chart after missing all of 2020 due to a foot injury.

Florida native Watkins would fill out a solid WR trio, and White (also a Florida native!) is a much-needed passing-down complement to Robinson.

The Jaguars are an up-and-coming team (again – tell me if you’ve heard that one before) and have new head coach Urban Meyer, along with the fact they’re expected to draft Lawrence in the upcoming draft.

It seems like a strange notion, but it’s not completely crazy.  Given the tragedy he experienced last year after losing his father in a car accident, with his mother also suffering significant injuries, moving closer to home certainly makes a lot of sense.  Pair that with the fact the Jaguars have plenty of cap space and it allows White to get one more large contract while being within a few hours of his family.

Either way, it feels like his time in New England could be done as several reports have alluded to him moving on.  He’s a great player and gave this region plenty of great memories, so it will be hard not to root for him regardless of where he ends up.