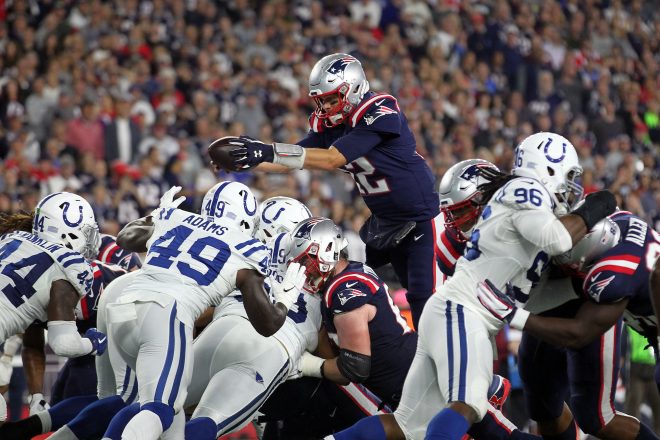 The New England Patriots rivalry with the Indianapolis Colts may not be what it once was on the field these days, but its alive and well personally for Tom Brady.

From 2002-2007, Brady squared off with the Tony Dungy led Colts eight times in both the regular season and playoffs.

Brady bested Dungy’s Colts five of those times, including the 2003 AFC Championship and 2004 Divisional Playoffs.

Despite Brady’s success, Dungy apparently felt Brady wasn’t even in the group of toughest top 5 quarterbacks to coach against.

Speaking with Shannon Sharpe on the “Club Shay Shay” podcast Tuesday, Dungy said the following when asked to reveal his list.

“Who I put ahead of Tom Brady: Aaron Rodgers, John Elway, Steve Young, guys who could move. Not to say Tom wasn’t great, but that extra dimension meant something to me,” Dungy replied.

Brady later caught wind of Dungy’s comments and his simple photo reply may have earned him yet another win over the Colts.

Ah yes, the ” we made an AFC Championship but lost” celebratory Indianapolis Colts, always the perfect jab.

Although Dungy was not the head coach when Brady blew out the Colts 45-7 in the 2014 AFC Championship, the Colts do in fact have a “2003 AFC Finalist” banner too, so you still aren’t off the hook coach.

How Was This Article?
Posted Under: Patriots Twitter
Tags: Tom Brady Tony Dungy