Three members of the New England Patriots earned selections to the 2021 Pro Bowl this week.

In year two of his pro career, Bailey earns his first career Pro Bowl invitation. According to the Patriots, Bailey leads the NFL with a net average of 46.1 yards per punt and ranks second in the AFC with an average of 48.7 yards per punt. Bailey also leads the AFC with 24 punts downed inside the opponent 20-yard line. His net and gross punt averages are both on pace to set new single-season franchise records.

Bailey’s 2020 punts have allowed just 46 return yards so far, second in the NFL behind the 38 yards allowed by the New Orleans Saints. The Patriots record for fewest punt return yards allowed in a season is 75 during the 2007 season.

In 11 starts this season, the reigning Defensive Player of The Year has totaled 37 tackles, one interception, three passes defensed and one forced fumble.

Lastly, the final Patriots selection has become a regular in the Pro Bowl as special teams captain Matthew Slater was named to the ninth of his career. The honor extends his own record for most special teams Pro Bowl nods in NFL history .

Over his illustrious NFL career, Slater ties John Hannah for the second-most Pro Bowl selections in franchise history, trailing Tom Brady’s 14 for most all-time. In seven of his 12 seasons, Slater has led the Patriots in special teams tackles.

Honorees and their teammates shared their reactions to the news over Instagram Monday. 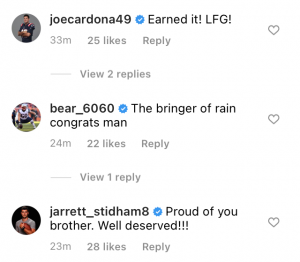 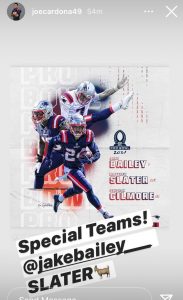 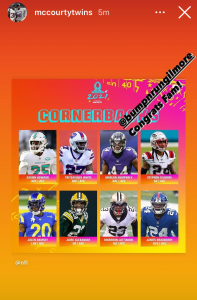 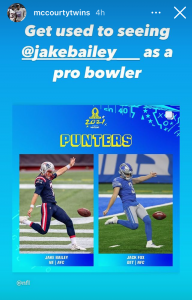 Due to the COVID-19 pandemic, the 2021 NFL Pro Bowl will be held as a week-long virtual event instead of the traditional football game in Hawaii.