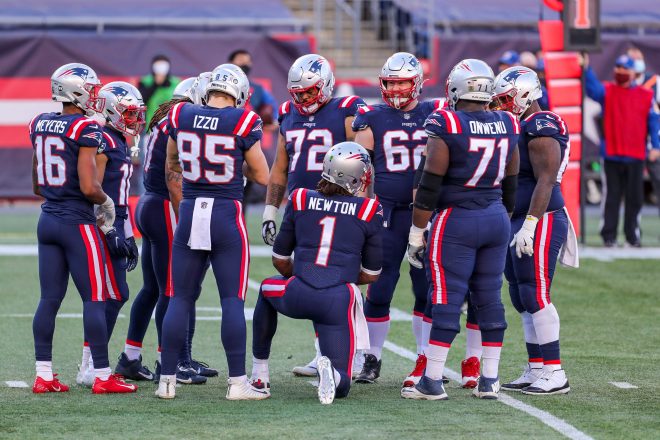 Thanks to their last second-win over the Cardinals, the Patriots proved they’re not quite done yet, and here are some thoughts on the victory.

1) Sunday’s outing was another frustrating one for Cam Newton, with Newton finishing with yet another inconsistent performance.

He finished the afternoon 9-of-18 for 84yds and 2 interceptions, with just four Patriots catching passes. That included a first half where he was just 3-of-8 for 37yds and an INT.

The weather was certainly in his favor, with an unseasonably warm day for a November game at Gillette Stadium. Still, despite the ideal conditions weather-wise, Newton was just a mess.

Some of the issues have been on display for a while now, most notably his situational awareness, which again was lacking. Newton had several plays on Sunday where he didn’t sense the rush and had one play where he even stepped right up into it. He also remains late getting the ball out, with replays showing a few instances where opportunities were missed because he didn’t see it.

The turnovers were frustrating, with one coming off a deflection while another came where he threw the ball inside instead of outside. The first turnover had more to do with the fact he didn’t see the blitz coming, and the defender hit his arm as he released it. The ball fluttered into the Cardinals’ hands and led to their first score of the day.

However, give Newton credit. He eventually settled down and kept it together enough to put them in position in the end to win the game, including making a big run that went for 14yds on a 3rd-and-13 from their own 32 where he picked up the first down and got drilled going out of bounds. That play also drew an unnecessary roughness penalty after Newton went down hard, but he got back up and executed the game’s final three plays to set up Nick Folk’s game-winning kick.

It’s been a tough year for the former Panthers QB, who hasn’t been himself since his COVID-19 diagnosis, but he claims he’s fine and that it hasn’t contributed to his struggles. With just five games left, he’s running out of time to figure it out, and barring major improvement, New England’s chances of playing in January are looking pretty slim.

2) Speaking of which, it’s tough looking at this team without realizing that they’ve turned out to be better than we expected, primarily on the defensive side of the football.

While there are times where it hasn’t been pretty, it’s amazing to see how well they’ve played and how much the lack of offensive production continues to absolutely kill them.

What’s amazing is that they’re 6th in the AFC in points per game, yet they’re the only team out of that group that is below .500:

They’ve been in every game this year, with all but the blowout loss to San Francisco as games they could have won. But they’re not getting consistent showings on the other side of the ball, and they’re squandering some pretty respectable efforts from their defense.

It’s just tough to look at these numbers without realizing that this season should be looking more promising than it is. Even better, it’s an even bigger credit to the guys on that side of the ball who continue to play hard despite all their issues. With five games left, it’s amazing to think they even have an opportunity to put themselves in a position to get into the postseason.

Whether or not the offense can hold up their end of the deal remains the biggest question mark. But either way, the guys on defense should be proud of the effort they’re putting out there each week, and it’s just really unfortunate it isn’t reflected in their record. 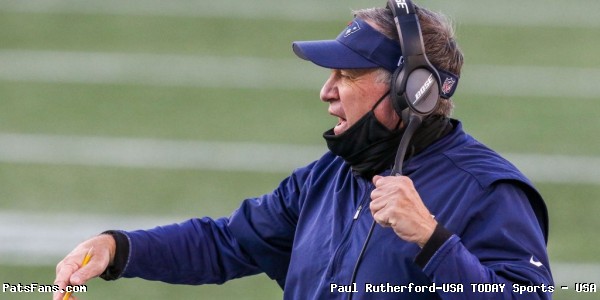 Despite their record, Belichick’s defense has done enough to keep them in games this season.

3) Speaking of which, you can’t say enough about Lawrence Guy, who has quietly had a solid season.

Guy came up big on Sunday, including a huge play at the end of the first half where, leading 10-7, the Cardinals went for it on 4th down from their 1yd line. Guy tied up two players on the play and allowed J’Whaun Bentley to make the tackle on Kenyon Drake, stopping him short of the goal line.

The veteran defensive tackle finished the afternoon with 5 tackles and was a problem inside. That’s the type of effort they’re going to need down the stretch, and he continues to be a bright spot for New England’s defense.

4) Sunday was another tough day for N’Keal Harry, who hasn’t seen his second season in the NFL turn out quite the way he probably hoped.

Harry was targeted three times on Sunday with no receptions and was called for offensive holding on a running play again this week, nullifying a 10-yard run by Cam Newton on a 2nd-and-4.

He also had another play where he was open, and Newton kept motioning for him to get closer to the sticks, and it was obvious that the two weren’t on the same page.

He remains a player who can’t quite seem to get things going, and given all of New England’s issues on offense, he really needed to be part of a solution for a Patriots team that needs someone to step up. Instead, he’s continued to struggle, and the fact he’s been committing penalties the last two games certainly isn’t helping his stock.

Many fans have already deemed him a bust, and while his draft slot has the expectations raised to a level that he’s not living up to, Harry needs to be at least mindful of correcting the penalties.

At 22-years old, it’s a little early to give up on him, and he’s still young enough to grow into a role and potentially be productive. But with only 5 games left to play and zero margins for error, it sure would be nice if he could start doing it during what is now a critical stretch for this football team. 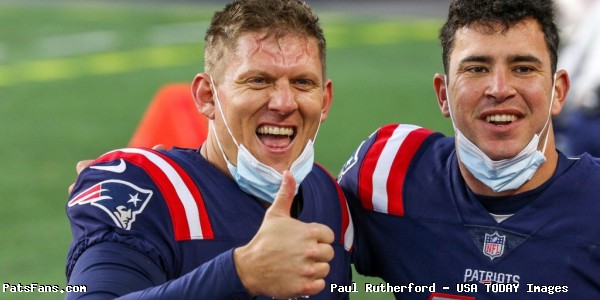 Folk has been terrific in 2020 for the Patriots.

5) Looking back at New England’s kicking situation at the start of the season, it’s hard not to give Nick Folk plenty of credit for stabilizing that position.

Folk’s walk-off 50yd field goal on Sunday was huge, especially considering it came following a big miss by Arizona’s Zane Gonzalez, who less than two minutes earlier missed a 45-yarder wide right that would have potentially given the Cardinals the lead.

Instead, it was Folk who came through when it mattered most.

Folk has been a bright spot this year, and it was good to see him pull off yet another huge kick, with the kicker full of smiles after he hit the game-winner.

After the game, he told reporters that he was happy to put the “cherry on top” of what ended up being win number five on the season. Depending on how things go, it could be one of the pivotal games they’ll look back on because, for now, thanks to Folk, December remains a big month for this football team.

The Patriots will now get set for three big road games, which will start with a battle against the LA Chargers next weekend.