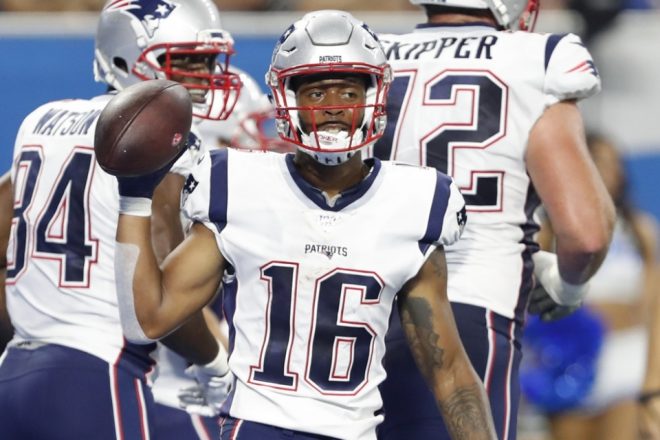 Coming off his memorable performance against the Baltimore Ravens last week, New England Patriots wide receiver Jakobi Meyers is ready for his teams next test against the Houston Texans on Sunday.

Meyers, who has become quite a highlight reel of late, shared a “hype video” over his Instagram page Saturday evening.

“Another business trip”, Meyers wrote in an accompanying caption.

Since week seven against the San Francisco 49ers, Meyers has turned in a breakout stretch for the Patriots.

Speaking with the media, Meyers credited his relationship with Cam  Newton as a reason for his recent success.

“(It’s) definitely grown over time,” Meyers said Friday. “It’s hard not to have a good relationship with Cam. He lights up every room he walks in. He’s a pretty genuine guy. Honestly, just getting reps with him, and being in the offense, finding my way, finding my fit in the offense took time to grow.”

Meyers and the Patriots offense will look to continue their momentum against a Texans defense that has allowed 409.1 total yards per game, ranked 29th in the NFL.

By: Ian Logue
Thursday night's New England Patriots loss against the Bills started off with a miscue and then a little bit of hope, but everything essentially went…
12 hours ago