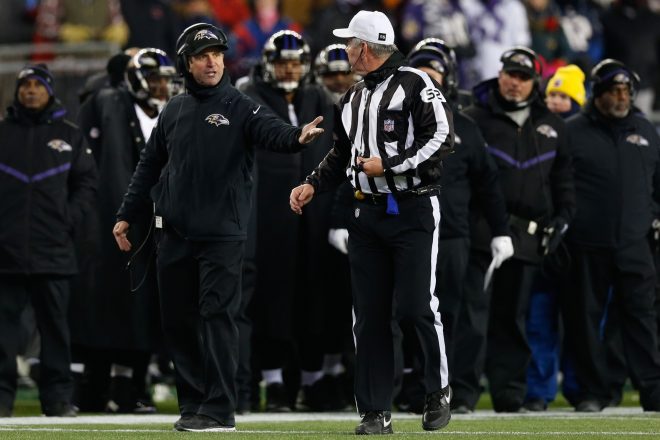 I was not high on Lamar Jackson coming out in the 2018 draft.  I didn’t think he had the throwing mechanics to make it as a Pro QB.  Boy was I wrong.  Last season he proved he was not just a runner but an accomplished passer and leader.

Here are some stats provided by Warren Sharp.  These are just four of the records he set:

Baltimore was very aggressive on 4th down plays helping them on their way to many halftime leads.  Teams in the NFL with the lead at halftime win 78% of the time.  The Ravens play a ball control game and rely on their stellar defense.  They have four running backs, Mark Ingram, rookie JK Dobbins, Gus Edwards and Jackson accounting for over 1300 yards so far this year with Jacksons nearly 500.  Each of the other backs has at least 200 each.  They have 14 TDs rushing this year.  They are a run-first team.

Their 3 TE set the Ravens employed last season with Mark Andrews, Hayden Hurst and Nick Boyle drove the Patriots defense crazy.  They ran and passed out of this set with motion on almost every play.  They no longer have Hurst, who signed with Atlanta.  Andrews and Boyle have 7 TDs between them.

WR is also a strength of the team led by Marguise Brown.  They also have Willie Snead, Miles Boykin and rookie Devin Duvernay.  All have deep speed.   Doesn’t look like Jackson will match the 30 TD mark from last year as his WR’s only have 4 amongst them.

Defense is the calling card of the Ravens and they are the number one Defense in the league.  They will keep the Ravens in the game every week.  They are led by Free Agent acquisition Calais Campbell.  Luckily, he has been ruled out this week.  LB’s Matt Judon and LJ Fort were listed as questionable.  CB Jimmy Smith is doubtful.

Rookie Patrick Queen is lightning fast and can cover from sideline to sideline.  The secondary features two of the best CB’s in Marlon Humphrey and Marcus Peters.  Former controversial draft pick Jordan Richards, is still kicking around the league and is a backup safety with Baltimore.

Special Teams for the Ravens start with Justin Tucker, the premier kicker in the league.  Their KR is WR James Proche.  He was linked to the Patriots throughout most of the leadup to the draft this year.  I was surprised when they did not select him in the later rounds.

The Ravens are not afraid of the Patriots and have always played them well here.  Coach Harbaugh always has them prepared.  I expect a 30 – 14 win for the Ravens.