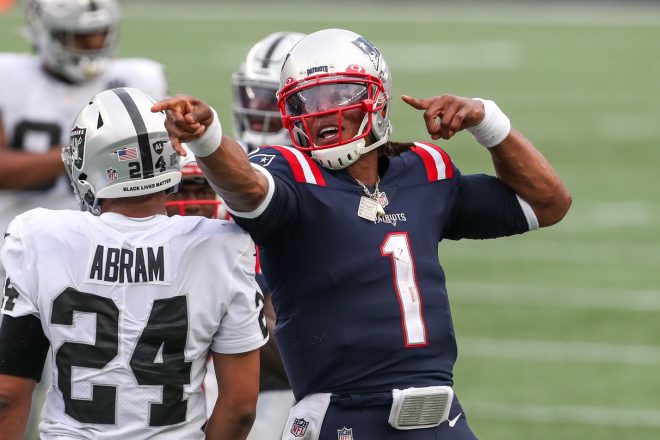 About a week after testing positive for the coronavirus and having to miss Monday’s game with the Kansas City Chiefs, New England Patriots quarterback Cam Newton urged his followers to stay safe with a simple request over Twitter.

“Wear your mask, keep your distance”, Newton tweeted out alongside a photo of himself in his own mask.

Newton’s positive test was one of many around the league in recent days as the NFL scrambles to isolate those with the virus and continue the season as scheduled.

Several NFL players tested positive for COVID-19 during the latest round of testing and it comes just a week after the Tennessee Titans experienced an outbreak that saw 20 members of the team contract the virus.

The NFL implemented a new set of COVID-19 protocols in response to the Titans outbreak on Monday.

As of Thursday, Newton has remained on the NFL’s COVID-19 list alongside Patriots teammates Stephon Gilmore and Bill Murray.

According to a report on Monday, Newton is asymptomatic and therefore has a chance to play Sunday at home against the Denver Broncos, but since he is still on the list as of this posting he has likely not tested negative two straight days.

The Patriots have not provided any updates on his condition.

In order to return to team activities, Newton has to remain asymptomatic and test negative twice on consecutive days, or 10 days need to pass since his first positive test.

In the meantime, Newton and the NFL will likely continue to urge teams and fans to continue mask wearing if there is any hope in completing the 2020 season.