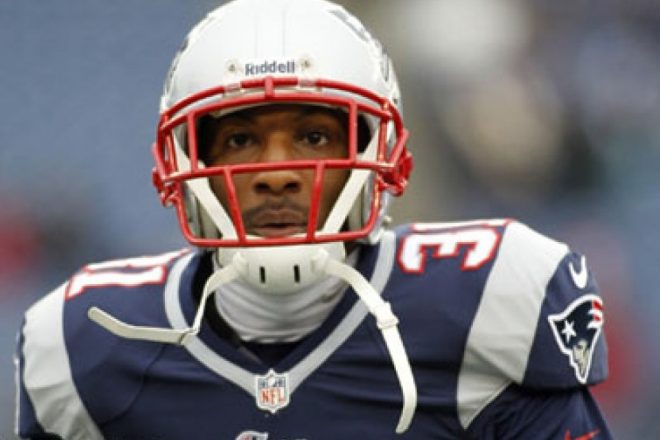 Bill Belichick was very close to bringing back an old friend for the 2020 season.

Speaking during his “Call To The Booth” podcast on Wednesday, former NFL cornerback Aqib Talib revealed that Belichick made a phone call this offseason with “the role of a lifetime”.

Belichick was interested Talib’s services to come back and defend tight ends on a one-year contract.

“I was halfway out the door,” Talib said, that is, until he saw the list of tight ends on the Patriots schedule.

“My guy, my big homie Bill Belichick called my phone. He told me that he had the role of a lifetime for me. He really wanted me to come in and strap tight ends. I was halfway out the door, I got flights, I started finding apartments. I could’ve got up to $5-6 million, a nice vet contract. If I can make $6 million and guard tight ends all day, I’m like, ‘I’m cool’. I kinda start going through that schedule, I seen (George) Kittle, (Travis) Kelce, (Darren) Waller.”

“Usually, when I get in this position and I’m going to a new team, my thoughts are all positive,” Talib continued.

“This time, I looked at this [expletive] schedule and the thought — I said, ‘Can I even strap these damn tight ends?’ I said, ‘Oh [expletive]. It’s over with. Once I said that, once that negative thought crossed my mind, man, my heart, my competitive edge, I ain’t really in it no more.”

Talib instead made the decision to retire after 12 NFL seasons instead of returning to Foxboro where he played a season and a half from 2012-2013.

Check out the full conversation on his podcast below.

Much love to everybody who played a part in my career. Sorry I couldn’t join you in New England Bill! You’re welcome to come on the show! ⁣
⁣
Get the full details with the link in my bio and follow @calltothebooth for more. pic.twitter.com/cuUuQVkzQm

Over his career, Talib earned five Pro-Bowl selections and won a Super Bowl ring with the 2015 Denver Broncos.

How Was This Article?
Posted Under: Patriots Video
Tags: Aqib Talib Bill Belichick

By: Steve Balestrieri
“I think they’re a 12-win team,” Ninkovich said on Greg Hill’s morning show. “Listen, six months ago I thought they were a nine-win team.
9 hours ago