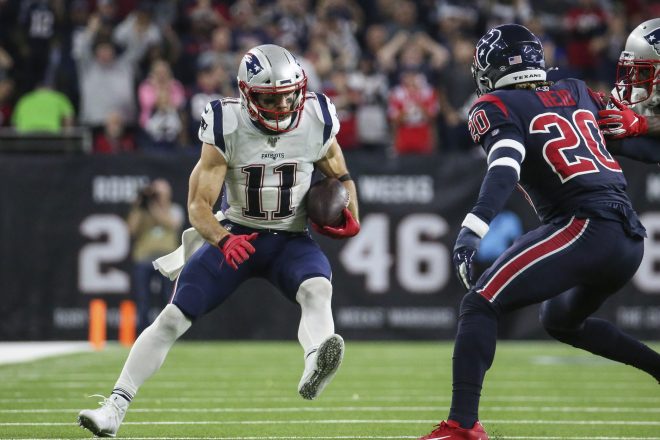 With training camp now halfway over and the coaches in full evaluation mode, the open practices for the media are now over and they’ll adopt more of a regular-season feel to them, which cuts down on how much the media can see.

Opening weekend is less than two weeks away when Brian Flores and the Dolphins come calling. When they were last here in December on the final weekend of the season, Ryan Fitzpatrick carved up the Patriots defense. That is something that will be sure to be shown in the tape room in the coming days.

The 2020 version of training camp was different than every other year, but Bill Belichick and the coaches have had to evaluate players without joint practices or preseason games.

So, with less than two weeks to go, basing what we’re hearing from camp and seeing the posts from there, here is our best estimate of a 53-man roster projection for the Patriots. Something to keep in mind is that this year, the practice squad gets bumped up to 16 players from 12.

CUT:  Brian Lewerke
No changes here, UDFA Lewerke, could be a practice squad candidate.  It certainly appears like Newton will be the starter on Week 1; he’s been finding a much better comfort level in the offense.

Opt-Out: FB Danny Vitale, Brandon Bolden
The return of Michel makes it difficult for Taylor to make the roster, but he could be another solid addition to the PS. I like Harris to be the starter on Week 1 against the Dolphins. He’s had a very strong summer and took advantage of the snaps given him with Michel and Miller on PUP. 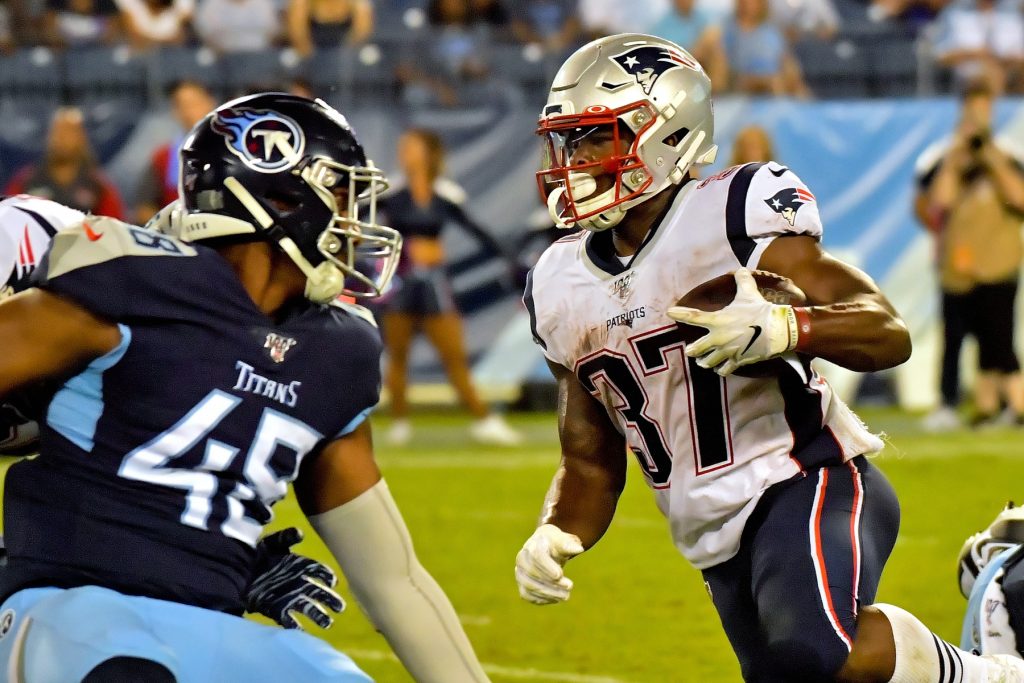 Opt-Out: Marqise Lee
Big changes here, As hard as it is to cut Meyers, who was productive in his rookie season, he, like Thomas, can’t make the club from the tub. Ross started off hot, but with a dearth of speed, the feeling here is that they’ll keep Byrd, who hasn’t been great in camp. Edelman, Sanu, and Harry are no-brainers, and of course, Slater who is a WR in name only.

There is still time for Meyers and Thomas two players we had on our earlier roster projections to make a move but the clock is ticking.

Opt-Out: Matt LaCosse
No changes here, the rookies have looked good…as advertised and seem like they’ve learned the offense pretty well so far. Burt, the local kid from BC has gotten pretty favorable mentions, but I doubt it will be enough to unseat Izzo

Opt-Out: Marcus Cannon, Najee Toran
Right tackle remains the big question mark, they seem set with Wynn, Thuney, Andrews, and Mason elsewhere. Eluemenor has really stepped up and has been playing well for a converted guard, but there is still concern whether he can play quick enough in pass protection against speed rushers. Cajuste hasn’t been great, and right now he and Onwenu are out because of a numbers game…but don’t write that one in stone. 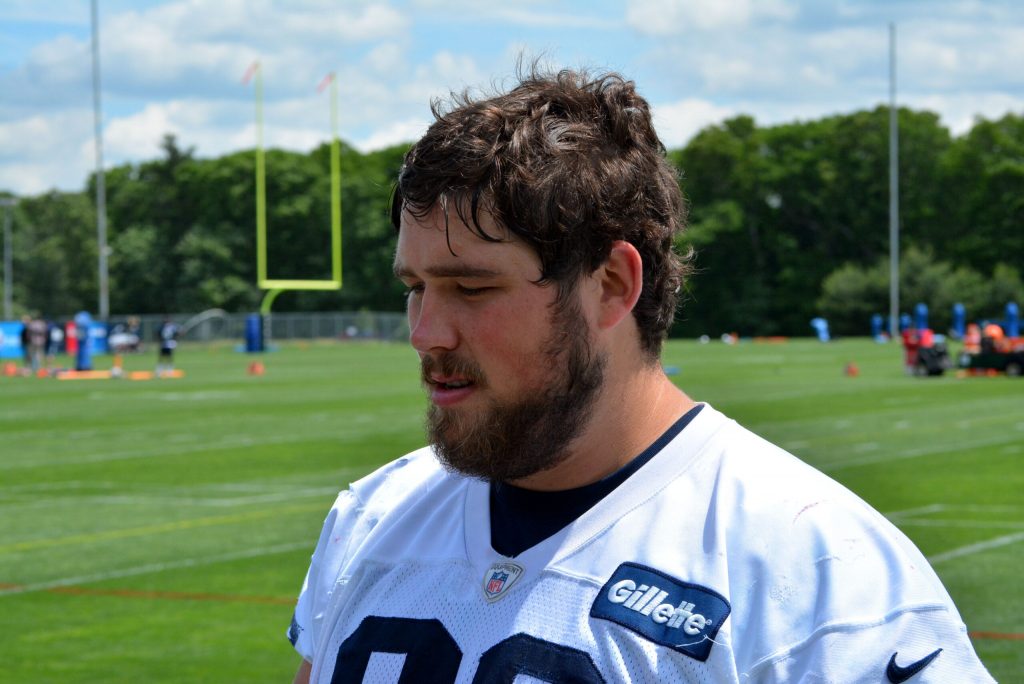 CUT: Nick Thurman, Bill Murray, Michael Barnett
Allen has been MIA, and Cowart has taken advantage, earning kudos from Bill Belichick. Guy and Butler were already locked, but they need Allen on the field. Bill Murray gets a nod for the practice squad.

CUT: Rashod Berry, Tashawn Bower, Derek Rivers
Simon and Winovich have played like the vets they are, Wino seems primed to make a big jump in Year 2. Wise has had a great camp, and although we said, he wasn’t a fit for the Pats 3-4 base….he’s been terrific. Rookies Uche and Jennings look very good and along with the veteran, Copeland have the versatility to jump inside as well. 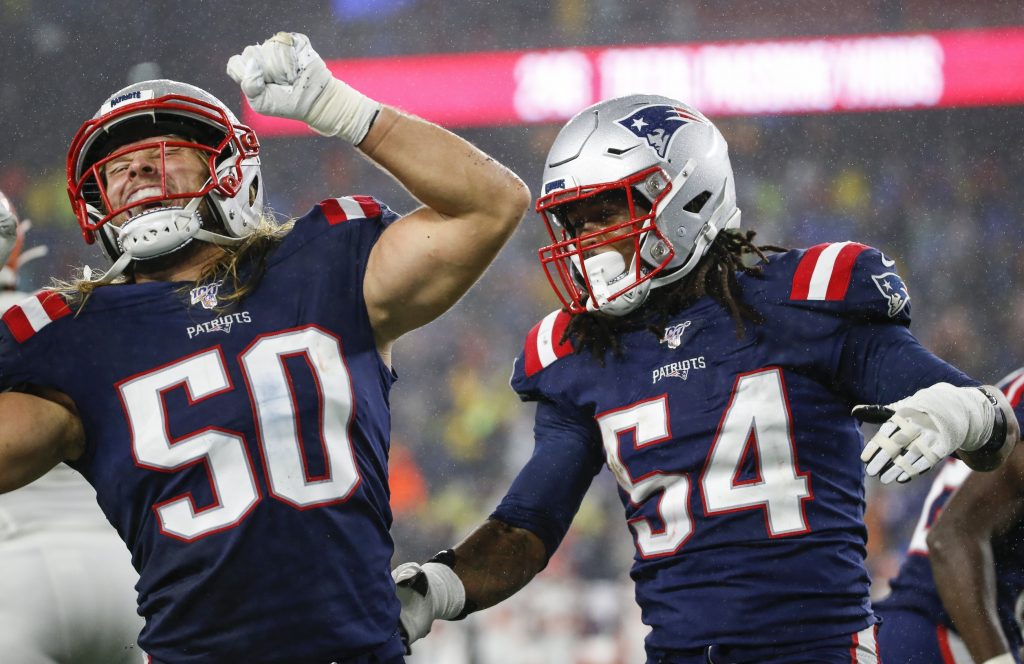 Bentley is the man now with Hightower out for the season, the two rookies are short on experience but the athleticism of Maluia helps and as we mentioned above, there are three talented outside backers that can mix and match inside. It is going to look different this year, but we’re excited to see how this group of edge/linebackers develop over the course of the season.

CUT: D’Angelo Ross, Myles Bryant, Michael Jackson
No changes here, Joejuan Williams is buried on the depth chart but could find a role covering big WRs/TEs due to his size. But Ross and Bryant have both played very well this summer, however, the depth here is off the charts. Jackson has gotten under the skin of Harry and made a few splash plays but this is the deepest positional group on the team.

Opt-out: Patrick Chung
The big news here is that the rookie Dugger has developed much faster than anticipated. He’ll push for early reps. That is great news Davis is a core special teamer and DMac holds it all together. 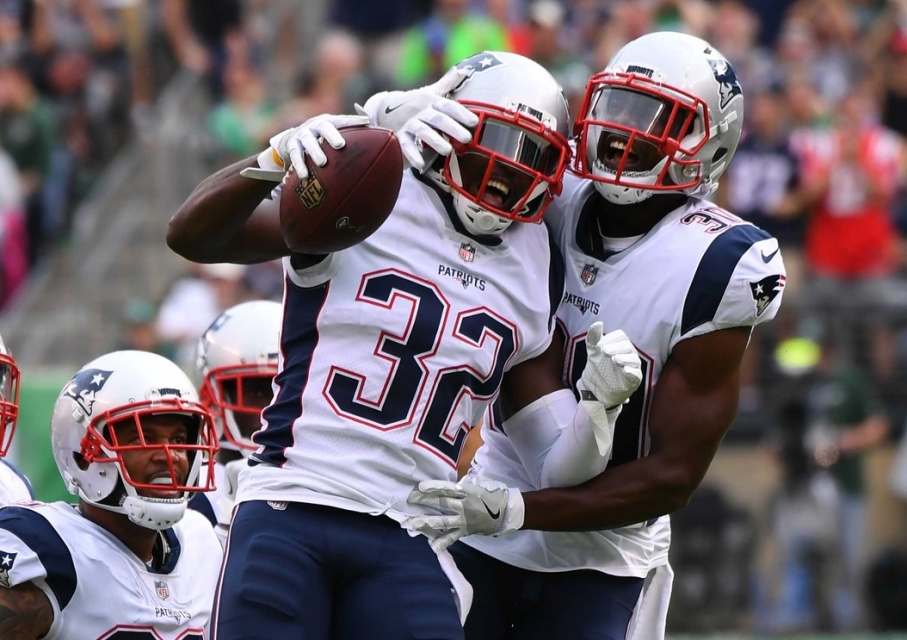 I know I’m going against the grain here, but I just don’t see them cutting ties with the rookie this quickly. He’s been erratic as all creation, but I remember much the same thing for Adam Vinatieri when he was a rookie. They drafted the kid for his big leg, he just needs to get it under control. Cardona and Bailey are both fine, with the punter sending a few into the traffic pattern at Logan.