3 years ago at 5:02 am ET
Follow @MarkMorse5
Posted Under: Patriots News 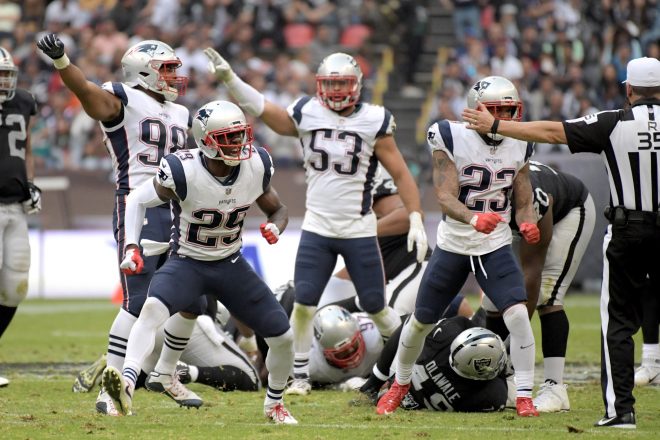 With Training Camp steadily approaching, here’s a look at how things went on defense for the Patriots in 2019.

Let’s start with what went right.  Through the 1st half of the season the Patriots defense was on a record-setting pace as one of the all-time great defenses in NFL History.  The players bought into it with T-shirts and all the Boogeyman hype.  They were playing inferior competition and the easiest schedule ever assembled.  I called their opponents the Little Sisters of the Poor (my apologies to that religious order), they were atrocious.  When it came to playing real NFL teams, the Defense got exposed and the offense couldn’t keep pace.

The secondary, led by NFL Defensive Player of the Year Stephon Gilmore, were outstanding.  There wasn’t a better secondary in the league and most of them return for 2020.  However, they are a year older and 4 of them are over 30.  Duron Harmon was shipped off to Detroit.   The Patriots 1st draft pick was the exciting S Kyle Dugger.  He played at DII Lenoir Rhymes, not exactly a hotbed of NFL talent.  It may take him awhile to get acclimated to the speed of the NFL.  I see him as an eventual replacement of Patrick Chung.

Jon Jones (slot) and JC Jackson (RCB) are up and coming players.  Wouldn’t be surprised if both are starters this year. No reason to suspect much drop off in play, except hey are playing much better competition every week this season. 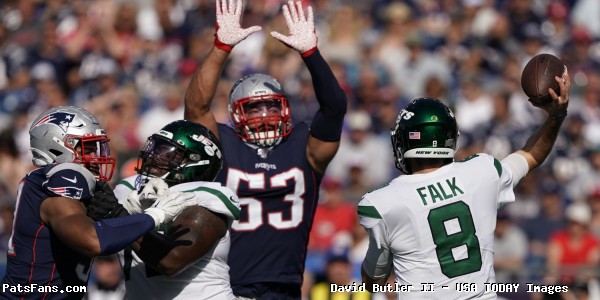 Van Noy moved on in free agency this offseason.

Kyle Van Noy and Jaime Collins were lost to Free Agency.  They were victims of the Patriots Salary Cap and the huge amount of dead money that came due when Tom Brady left.  Neither even received offers from the Pats because they knew they weren’t in the ballpark with either Free Agent.  Replacing that experience will be difficult, but Bill Belichick picked two players in the draft in Josh Uche and Afernee Jennings, who may eventually fill the void.

They also signed a cheap Free Agent in Brandon Copeland who may fill in while they develop.  However, last season this group didn’t put much pressure on opposing teams unless they were in blitz situations.  Against the weaker teams they got away with the Zero Blitz (no free safety – man coverage across the board), but not so much against the better teams.

Dont’a Hightower is the glue of the LB corps.  Ja’Whaun Bentley will have a more prominent role as a 2 down run stuffer.  Watch how they cover for his lack of pass coverage ability.

Defensive Line are the 3 down lineman which are really two DT and a Nose Tackle.  They occupy space and cover two gaps.  It’s not a glorious job, and you only notice them when they aren’t doing whatever their job entails.  That happened too often during the 2nd half of the season against the better teams.  The Patriots run defense was abysmal in the last 8 games.  Lawrence Guy was solid but he was run down by the end of the season.  His back up, Adam Butler, showed some pass rush ability.  Byron Cowart needs to step up in year two. They signed Beau Allen to replace Danny Shelton, who was getting blown up in one-on-one blocking, allowing the OL to get out on the LBs.

An interesting UDFA Bill Murray shows some pass rush ability as an undersized NT.  Let’s see if that can translate into the NFL.  With the windfall salary cap relief the Pats received from the settlement of the Aaron Hernandez and Antonio Brown cases, they came away with another $7M in cap space.  I would love to see the Pats snag UFA Damon “Snacks”  Harrison.  He could fill the other DT position and shore up their leaky defensive front.

News and notes about Training Camp!

– The Patriots have delayed the rookies from reporting by a week.  Does this mean the Vets will also report a week later?

– The NFL has cancelled all Pre-season games.  This will put all the roster decisions on how the players perform in the practices.  One benefit is that none of the UDFA and rookies will be exposed to the prying eyes of opposing scouts.  It may make it easier for these players to be passed through to the Practice Squad.

– Will the no pre-season games make it harder for the Patriots to keep their streak of keeping at least one UDFA on the Opening Day 53 man roster?  It was already difficult because of no rookie camp, OTAs and other workouts.   However, my thinking is that at least one UDFA makes the team.