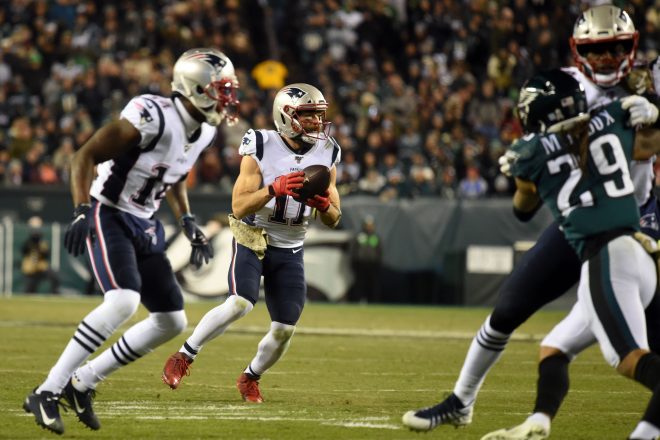 In an Instagram story, Jackson included an anti-Semitic quote widely attributed to Adolf Hitler and praise for political activist Louis Farrakhan, who has a history of supporting anti-Semitic beliefs.

Earlier this week, the Eagles condemned Jackson’s story in a statement Tuesday, and he later spoke with both team owner Jeffrey Lurie and General Manager Howie Roseman, both of which are Jewish.

Jackson released two apologies over Instagram, stating he “really didn’t realize what this passage [attributed to Hitler] was saying” and that he is “sorry for any hurt I have caused.”

Edelman meanwhile, who has become a very vocal member of the Jewish community over his NFL career, reached out to Jackson with an invitation to join him at the Holocaust Museum in Washington DC for a constructive trip learning about each other.

“I have seen DeSean play in his career, make outstanding football plays, we’ve communicated over social media. I’ve got nothing but respect for his game. I know he said some ugly things, but I do see an opportunity to have a conversation,” Edelman said in his video.

“DeSean, let’s do a deal. How about we go to D.C. and I take you to the Holocaust Museum and then you take me to the Museum of African American History and Culture,” Edelman said. “Afterwards, we’ll grab some burgers and we have those uncomfortable conversations. This world needs a little more love, compassion and empathy.”

Check out Edelman’s full address on the issue in the Instagram link below.