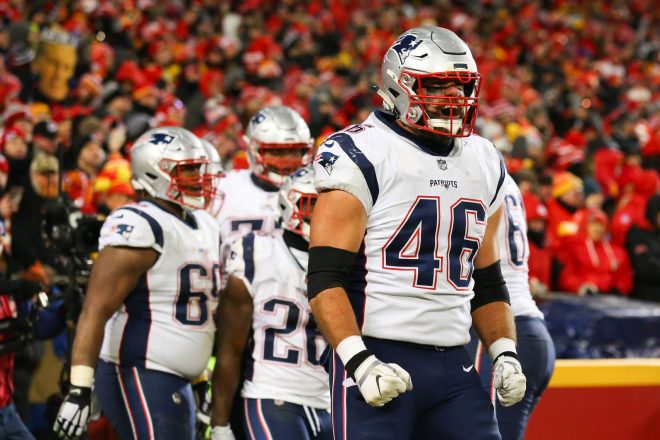 Over the course of the last eight years, fullback James Develin has developed an integral role in the New England Patriots offense as a key goal line weapon and run blocker.

During the Patriots run to their sixth Super Bowl championship in 2018, Develin set career highs in touchdowns and receptions.

Develin also provided key blocks for the Patriots rushing attack in the playoffs, most notably the AFC Championship victory over the Kansas City Chiefs.

Over his eight year NFL career, Develin has started all 16 regular games five times, but in 2010, Develin’s NFL future was far from a guarantee.

Develin received no invitation to the combine and went undrafted that year.

A brief stint in both the Arena Football League and United Football League led to an opportunity with the Cincinnati Bengals practice squad before arriving in Foxborough in 2012.

Check out a Patriots produced documentary profiling Develin’s journey to the NFL and how he went from playing in two other football leagues, to becoming a key contributor to three Super Bowl titles.

READ NEXT:
VIDEOS: Check Out The Past Combine Workouts Of The New England Patriots
Posted Under: Patriots Video
Tags: James Develin