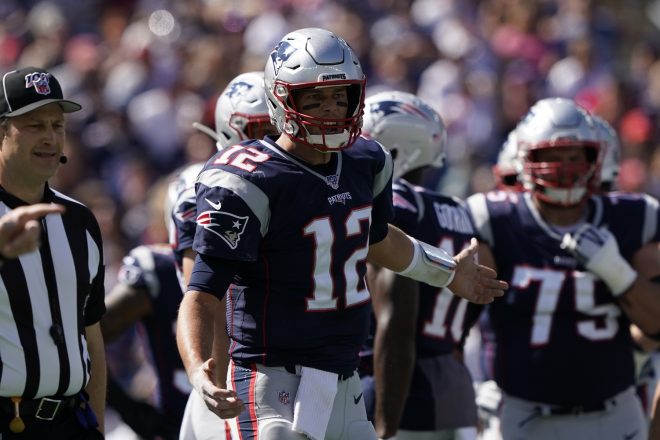 With a win, the Patriots would clinch their 11th straight AFC East division title and their 17th in 19 seasons.

Unlike in previous years, a win won’t come easy with the 10-4 Buffalo Bills entering Foxboro with something to prove.

For the first time since 1999, the Bills have ten wins in a season behind a stout defense that already held the Patriots to 16 earlier this season.

Brady didn’t have much to say at his final weekly press conference on Thursday, but he did touch upon the importance of this weeks game when he was asked if it had a “playoff feel” to it.

“It’s a big game for both teams, so we’re gonna go out and try to play our best. This is a great team that has been playing well all year and it’s going to be a tough challenge.”

On Instagram Friday, Brady shared a photo from practice with a caption that read “Let’s get it! #ChampionshipWeek”