3 years ago at 9:38 am ET
Follow @ralvarez617
Posted Under: Patriots Video 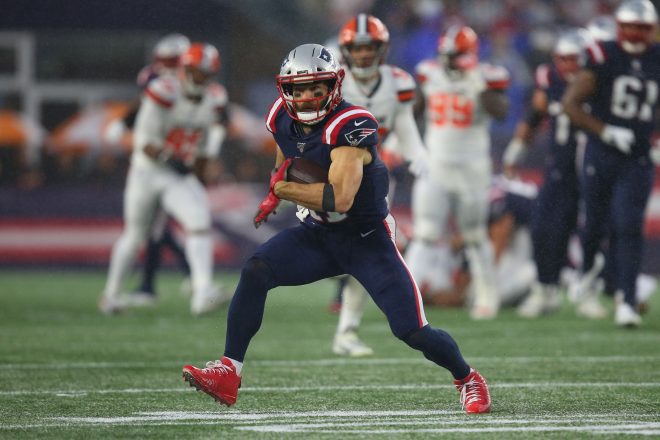 “It feels like it’s been a super long time,” Edelman said on Friday.

“Sometimes the bye week’s great and then it’s kinda like ‘let’s get this show on the road, I’m sick of being on the practice field and I want to go play football.’ You sit and you’ve got a lot of time to prepare and it’s almost like ‘let’s go.’ It’s definitely awesome that it’s only two days away.”

“Patience” Edelman wrote in a caption.

The Patriots will look to get back to their winning ways against an Eagles offense that will be missing two starting wide receivers in Alshon Jeffrey and DeSean Jackson.

Speaking with WEEI’s Greg Hill Show Friday, Edelman explained what the team has to do differently to avoid a slow start like they did in Baltimore two weeks ago.

“We have to go out and we have to start fast,” Edelman said. “Anytime you go on the road you don’t want to get behind quick because then you mess things up and put the offense in kind of a one-sided game. I think that is what we’re going to try and do. You have to get up and get your mind right and be ready to execute early. That is something that you have to do on the road if you want to win on the road, especially in hostile environments against really good football teams.”