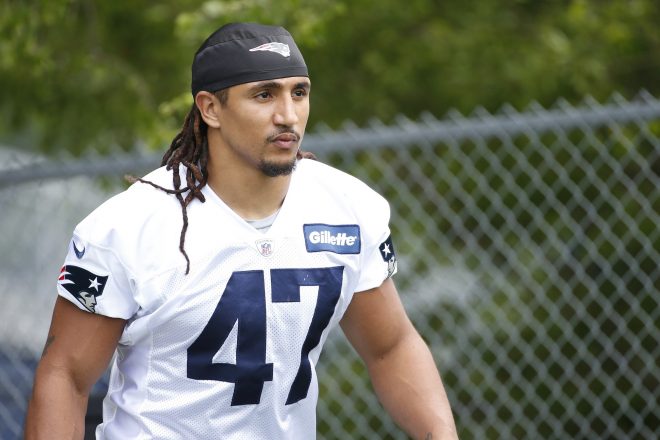 The Patriots signed Johnson as an undrafted free agent through the NFL’s International Pathway program.

Instituted in 2017, The International Player Pathway Program aims to provide international athletes the opportunity to compete at the NFL level, improve their skills, and ultimately earn a spot on an NFL roster

Johnson was assigned to the Patriots practice squad following the final round of roster cuts before the 2019 season opener.

On September 21st, an injury to James Develin gave Johnson the opportunity to become the first pathway player to be activated and play in an NFL game.

Johnson saw action in four games with three starts before being placed on injured reserve Monday with a shoulder injury.

Check out his story in the link below.