3 years ago at 9:56 am ET
Follow @IanLogue
Posted Under: 2019 Patriots Regular season 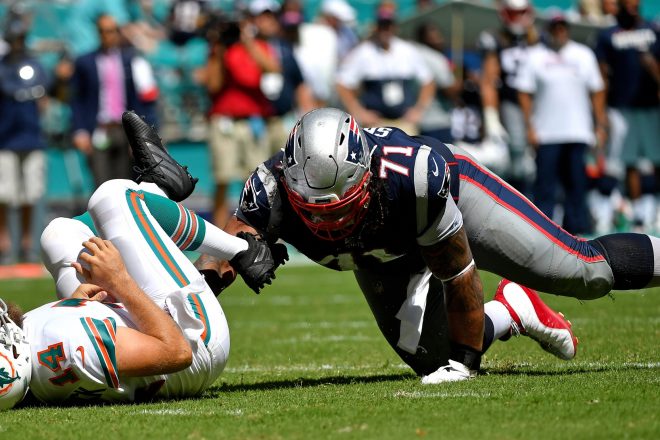 How good have the Patriots been against opposing quarterbacks this season compared to 2018?

The results are pretty staggering so far.

Through four games this season there has been a significant difference between the success of opposing quarterbacks this year compared to this year.

The other number that stands out is the fact at this time last season, the defense had managed 6 sacks through four games. However, this season, they’ve already put up 18 sacks, including 5 last Sunday against the Buffalo Bills. That puts them on pace for 72, which is unlikely but the fact they’re off to this start in itself is pretty impressive.

Needless to say, they’ve certainly exceeded expectations so far. Considering that Bill Belichick’s defenses tend to improve as the season progresses, it should be interesting to see if they’re able to somehow be even more dominant by the end of the year.