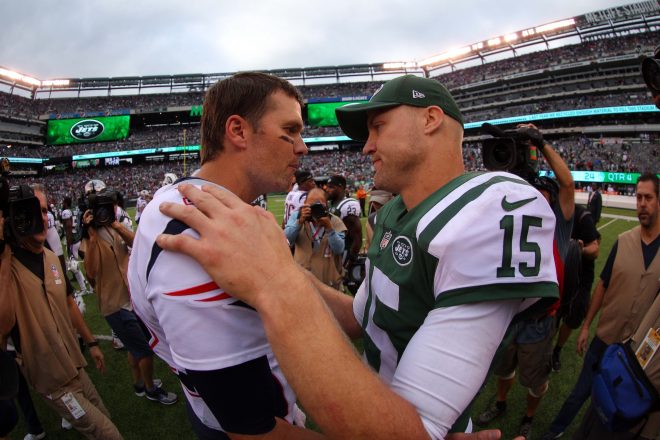 Earlier this week, journeyman quarterback Josh McCown announced his retirement from the NFL after 17 seasons.

Although he spent the entirety of his career under center, one of his most memorable moments came at wide receiver against the New England Patriots.

In 2006 with the Detroit Lions, McCown lined up as the third wideout and caught two passes for 15 yards.

McCown’s best catch in this game was for 31 yards, but it would be called back for offensive pass interference.

“It was a surreal moment and it changed my whole perception and respect for receivers,” McCown said afterwards.

McCown walks away from the NFL with 98 touchdowns to 82 interceptions with 17,707 passing yards over ten teams.

The McCourty twins lent their congratulations to McCown over Twitter, he replied with a funny statistic.