3 years ago at 6:30 am ET
Follow @SteveB7SFG
Posted Under: NFL Commentary 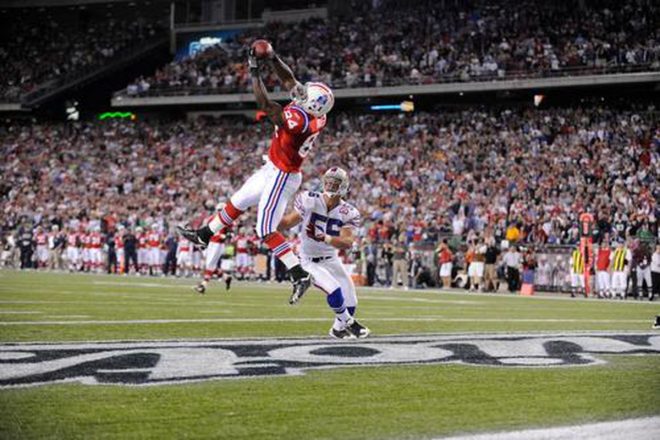 BThe Patriots are turning the clocks back to 2004 a bit as they’re coming to an agreement with veteran tight end Ben Watson who they’re signing to a one-year deal worth $3 million dollars.

Watson began his career in New England as a first-round draft pick (#32) out of Georgia in 2004. He played the first six years of his career with the Patriots before moving on to Cleveland, Baltimore, and two stints with the New Orleans Saints.

Watson never really lived up to his first-round expectations with the Patriots but a couple of his most memorable moments were his two late touchdowns on the first Monday Night Football game of 2009 as Tom Brady was just returning from his ACL injury to pull out an improbable comeback win. And his uber-athletic chasing down of Champ Bailey in the playoffs of 2005 where he ran 100 yards from the opposite side of the field and knocked Bailey out of bounds after he intercepted Brady and returned the ball all the way down the field.

The 38-year old Watson considered retirement this winter but after the birth of his twins recently had a change of heart. Now his career has come full circle and he’s returning to the team that drafted him.

The tight end position will be vastly different in 2019 as the top three players from 2018 (Rob Gronkowski, Dwayne Allen, Jacob Hollister) are all gone. Now the tight end roster will look like this:

Anderson was brought in at midseason in 2018 but didn’t catch a pass. Izzo spent the season on IR. The team brought in free agents Watson, Seferian-Jenkins, and Lacosse this spring as well as the UDFA Beck.

The learning curve for Watson should be very short, after spending six seasons in Foxboro with Brady, re-learning the offense should be fairly easy for him despite his being gone for so many years.

Obviously, the hope is Watson can give them veteran leadership and together with Seferian-Jenkins provide them with enough production to at least replicate what they had a year ago and hopefully more.

Watson is a solid run blocker and together he and Seferian-Jenkins with Lacosse should provide the offense with enough targets to go around. Other than the missed season of 2016 with an injury, Watson has been durable and has always been on the field. The knock on Seferian-Jenkins is that he’s hurt all too frequently, but has never played with a QB like Brady.

Adding Watson should give a nice short-term boost to the tight end position. And perhaps, like Patrick Chung proved a few years ago, you can go home again.