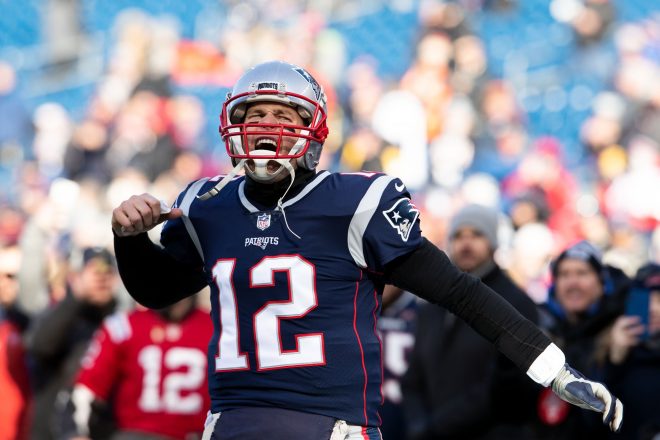 Patriots quarterback Tom Brady might tell people he doesn’t hear the pundits who criticize both himself and the team, but he seemed to have a bit of a chip on his shoulder despite coming away with a huge win over the Chargers on Sunday.

The veteran quarterback did an interview after the game with CBS reporter Tracy Wolfson and admitted that he knows that few people had any faith in their chances this season and he’s looking forward to trying to see if he can’t prove them wrong.

“It will be a good game, they’re a good team,” said Brady, who finished Sunday’s game with 343-yards passing along with a touchdown during their 41-28 AFC Divisional win over the Chargers Sunday. “We played them earlier this year and I know, everyone thinks we suck and can’t win any games, so, we’ll see. It’ll be fun.”

There’s nothing more dangerous than a player with something to prove. With many in the media likely set to write stories this week about a potential changing of the guard while focusing on Chiefs quarterback Patrick Mahomes, we’ll see if Brady will be able to remind the world he’s not quite done yet when he and the Patriots travel to Kansas City next weekend.

READ NEXT:
Five Things We Learned From the Patriots Win Over the Chargers
Posted Under: 2018 Patriots playoffs