Some Quick Hitters this morning… just a quick reminder that you can check out our key matchups to the game here as well as our players to watch here:

Wasn’t it Just a year ago? Many in the NFL world were predicting that the Oakland Raiders were going to push the Patriots for supremacy in the AFC. Things haven’t worked out that way and now the Raiders are a mess…again and in total rebuild mode.

Did you Know? Julian Edelman, who is one of our players to watch this week is a seemingly good luck charm for the team when he scores. Since 2014, whenever #11 scores, the Patriots are 17-0.

Did you Know Pt.2? That James White, who has 55 receptions thru the first half of the season is on pace to catch 110 passes this season. The NFL record for running backs is currently 102 by Matt Forte of the Bears in 2014. White’s career high is 60 receptions and could surpass that tonight.

He also currently has six TD receptions, while touchdown receptions by a running back of seven or more have only been done in the NFL nine times.

October Was Good for the Patriots as they finish the month 4-0. Since Bill Belichick took over the team in 2000, the Patriots have had 25 undefeated months. The most in the NFL during that span. Who has the 2nd most? Indianapolis with 15. The team also moved to 6-2 for the sixth straight year.

AFC “LEAST”? Think Again:  One of the things we constantly hear from the misinformed is how New England “waltzes into the playoffs every year because they play in a joke of a division.” Or a reasonable facsimile thereof …right? There is no doubt that the Patriots have dominated in the division since Belichick has taken over. But they’ve also dominated in inter-conference play. Since 2002, the Patriots are an NFL-best 52-14 (.788 win pct). The next closest team are the Steelers at 45-20-1.

My How Perceptions of Brady Change:

When the 2018 NFL season began we all read and discussed the very thin New England wide receiver core.  Julian Edelman was suspended for the first month, and Malcolm Mitchell, Jordan Matthews, and Kenny Britt were all injured and cut loose. Not surprisingly, the Patriots offense struggled to move the ball and score for the first three weeks.

Then the team brought in Josh Gordon, Edelman returned and the Patriots go on a roll winning five straight, four of which they score 38 points or more. And this week, both nationally with the so overblown “is this the year Brady falls” by USA Today and the “now we have proof!” garbage.

Note to Mr. Ruiz, before you get all worked up, keep in mind that the cherry picking stat that is your “proof” was from an obsessed dink for Western PA who has made it his life’s mission to denigrate everything Brady has ever done, to include Super Bowl comebacks against Seattle and Atlanta.

And locally, I keep seeing how “disappointing” Brady is…really? Has it been perfect? Hardly. Has it been clean? Rarely. When has it been so in the first half of the season? Brady, despite the first month with a dearth of weapons, is on pace for 4400 yards and 32 touchdowns, stats 95 percent of the QBs in the NFL would consider career years.

Pump the brakes. Gordon is still learning the offense, Gronkowski has been banged up all season and they have a MASH Unit at running back. And yet they’ve won five in a row and during those games, they are scoring an average of 36.4 points per game.  “Bill, are you going to evaluate the QB position this week?” 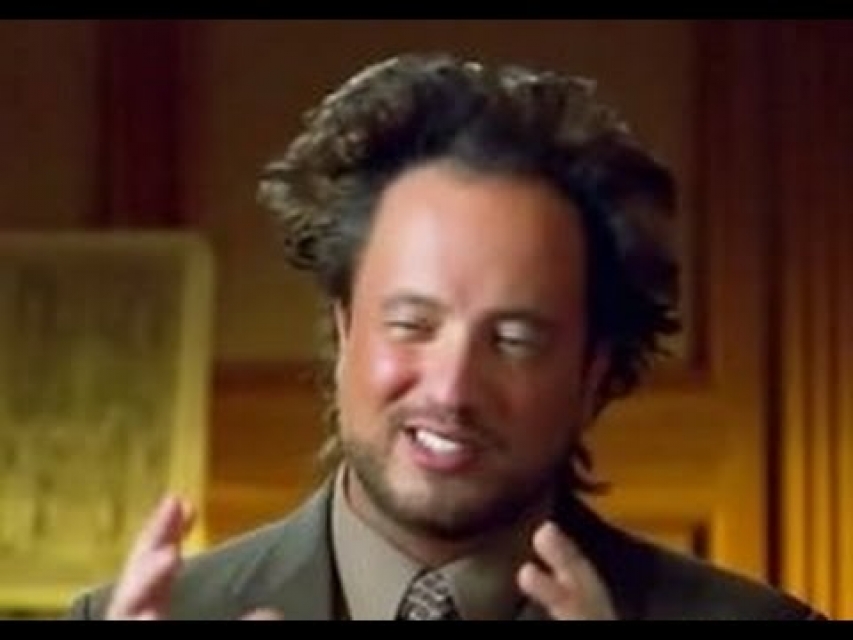 “It looks like cliff time for Brady again… but really, THIS TIME we have proof!”

The Patriots visit to Lambeau Field in 2014 was an intriguing matchup where they tried to plaster themselves to Randall Cobb and Jordy Nelson while mirroring Aaron Rodgers and not allowing him to scramble. While they had decent enough success covering those two, and Rodgers didn’t kill them with his scrambling, he had oodles of time to throw. One play having over 10 seconds to survey the field. So, who had a big breakout game? Adams. At the time he was a rookie and Belichick thought if Rodgers was to beat them it would have to be with the rookie.

He responded with a six reception-121 yard game as Green Bay held serve 26-21. This time around Adams is the clear #1 WR of the Packers. While Cobb is still there and very effective, Nelson is now in Oakland. Yesterday, we wrote that Trey Flowers first burst on the scene as a rookie in a preseason game against Green Bay, sacking Rodgers and eventually becoming the Patriots best defensive lineman. Adams had a similar path and is now the Packers best WR. Life in the NFL goes around full-circle.

Just prior to the Monday night game in Buffalo, we all heard about the report that Josh Gordon was late to the Patriots walk-thru and would be disciplined…missing as much as the entire first quarter. But when the game began, Gordon was on the field for the first snap of the game.

Gordon seemed a tad surprised by the question after the game and deflected questions to Bill Belichick. The coach commented that he didn’t know where that was coming from. On the radio this week, Belichick said, “I don’t know,” he said. “You’d have to talk to Ian Rapoport on that. I’m not really sure where that’s coming from.”

Rapoport doubled down on his story saying he confirmed it with three sources inside the Patriots organization. Mike Giardi from NFL.com reiterated what Rapoport stated but the Patriots have remained mum on this. As for Gordon?

When he was asked if he’s done a good job of staying on time in New England, responded, “If I haven’t, I’ve been helped along the way,” Gordon said.

So, we’ll all continue to watch this situation but it most definitely seems odd for Belichick to NOT discipline players for being late.

Bills Go Back to Peterman in Nightmarish Season for the Offense:

The Buffalo Bills, as we pointed out last week, have a good defense. And on Monday night against the Patriots, as they have done several times this season, the Bills defense played well enough to win and upset the Patriots. But their offense is pushing historical records for ineptitude. They are just one of 13 teams that have scored less than 100 points in eight games. They may even push their team record for low points scored of 164, that was set in a 14-game schedule.

Now Bills nation turns back to QB Nathan Peterman to try to lead them to a victory over a Chicago Bears team with a good defense and very good pass rushers. To say that Peterman’s career to this point has been awful is putting it mildly. Peterman has appeared in seven games with three starts and has attempted 84 passes but has thrown 10 interceptions in those games. The best he’s done in those three starts? Only 66 yards against the Bolts, when he threw five (5) picks in less than a half.

With Derek Anderson out with a concussion and rookie Josh Allen just beginning to practice again, Peterman has to generate enough offense to give their beleaguered defense a break and not suffer a plethora of turnovers. So far, he’s been able to do neither.

Dolphins Being Decimated on the Injury Front:

The Miami Dolphins have been hit hard by injuries this season. They currently have eight players on season-ending IR, the latest was CB Cordrea Tankersley who tore his ACL during practice on Thursday and was placed on IR on Friday. Also on IR for Miami, defensive linemen Vincent Taylor and William Hayes, offensive linemen Josh Sitton and Daniel Kilgore, wide receiver Albert Wilson, tight end Marqueis Gray and quarterback Luke Falk.

Besides those players, two others, starting QB Ryan Tannehill and DE Charles Harris are already declared as out for the game today against the Jets.  In addition to those two, Xavien Howard with an ankle injury, wide receiver Kenny Stills has a pulled groin and tight end A.J. Derby with a foot injury are questionable.

The New York Jets had things looking up with a modest two-game winning streak with wins over Denver and Indianapolis but back-to-back losses to the Vikings and Bears have dropped the Jets to 3-5. Now they have a chance to pull even with Miami in the standings with a win in the heat of Miami Beach.

The timing is good for Gang Green, QB Ryan Tannehill is out and the Fins overall are banged up across the roster. But with rookie QB Sam Darnold, the Jets have to do a better job of protecting the future of the franchise. And that means blocking Cameron Wake.

Darnold hasn’t played badly in his rookie campaign, it is a learning curve and while the Jets are 28th in passing offense, the positives are there. Look for New York to continue to try to get the running game going with the occasional play-action pass going to get the offense going. While both teams are still on the cusp of a possible playoff berth, a loss by either team would make that possibility very remote. So, today is a big game for both teams.