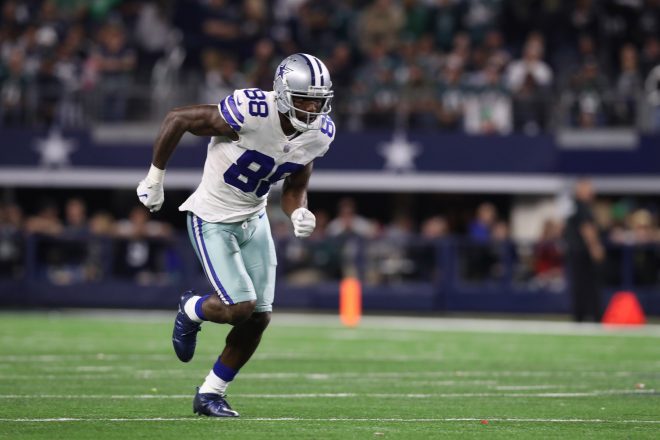 With the news coming down Wednesday that the New England Patriots released wide receiver Kenny Britt, it created yet another opening on an already thin depth chart at the position.

The Patriots, who previously cut Malcolm Mitchell and Jordan Matthews due to injuries in camp, opened the door for additional fan and media speculation that the team should give free agent Dez Bryant a chance.

Bryant, who was last seen on HBO’s Hard Knocks leaving the Cleveland Browns without a contract, added more fire to the Patriots rumors when he was spotted calling Tom Brady his “favorite player” in response to an Instagram comment from a fan asking him to come to New England.

Could the comment be interpreted as Bryant seeking attention from the Patriots?

Surely he knows Bill Belichick doesn’t have a SnapFace or Pandarama account?

In the meantime, brace yourself for the Logan Airport “sightings” over the next few weeks.