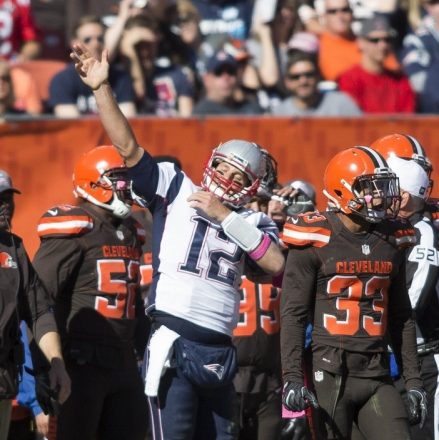 The couple documented their evening at the event over their social media accounts while the internet provided some funny reactions to their outfits.

tom brady looks like he's about to ask a room full of people to suspend their disbelief and believe in the power of magic just for one night pic.twitter.com/VO98UB5gyq

Saw Tom Brady’s outfit for the Met Gala. Let me just say… I support it. You reach a certain point, have as much success as he’s had, you can wear whatever you want. He could show up as Spiderman or an old-school rapper and I’d be like, “Man, I respect it, go with what you feel.”

“Oh Tom Brady can attend the Met Gala but not offseason workouts. Not committed to football” -Some loser on social media

According to a Boston Globe article by Christina Prignano, “The theme of the event was “Heavenly Bodies: Fashion and the Catholic Imagination,” leading some stars to show up in celestial-inspired gowns and others channeling religious themes.”

We’ll leave the interpretation of that up to you. In the meantime, it’s just another offseason in the extravagant life of Tom Brady.