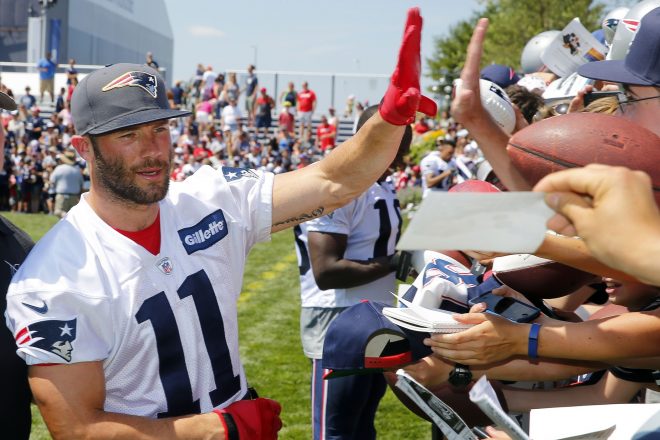 April is a very busy sports month in the city of Boston.

From the Red Sox starting their season, to the Celtics and Bruins starting their playoff runs and the annual Boston Marathon there is no shortage of entertainment.

With the New England Patriots in the midst of the offseason, its fairly common to see various members of the team take it all in as fans themselves.

That occurrence happened on Tuesday night at TD Garden in Boston for the Celtics game two match up with the Milwaukee Bucks as Julian Edelman, James White, Elandon Roberts and Robert Kraft were all in attendance.

#Patriots Edelman and Kraft making an appearance on the jumbotron! 🙌 pic.twitter.com/VAAYr3S4BC