5 years ago at 9:35 am ET
Follow @IanLogue
Posted Under: Uncategorized 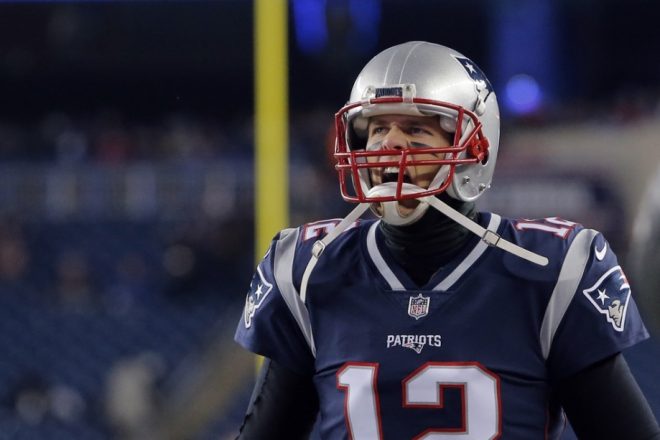 We’re at the midway point of the week, and here’s a look at this morning’s top stories.

Kraft Not Worried About Brady’s Future – When it comes to quarterback Tom Brady, Patriots owner Robert Kraft doesn’t worry about much.

Obviously, he worries about Brady’s well-being both on the field and off, but the one thing he doesn’t worry about is the quarterback’s contract.  Kraft has made his affinity clear over the years in terms of how much he values Brady both as a person and a player and that’s why he recently talked about Brady’s current contract situation, which has him still without an extension.

In past years as Brady got closer to the end of his deal and his cap number began to climb, it usually signaled a new contract to extend him out further to give the team more freedom and Brady more security.  Brady, who is signed through 2019, has a  salary for the 2018 season of $15 million, while his cap number has escalated to $22 million. Brady is reportedly open to a new deal but it hasn’t happened to this point, although Kraft told Jeff Howe of The Athletic that it’s not something he’s worried about.

“He’ll be 41 when the season starts,” Kraft told the website. “Neither side has an issue with it. If it becomes an issue, we’ll deal with it.”

For now Kraft said they’re just fortunate to have him with the team and the fact he’s still playing at such a high level is one of the things that makes him so special.

“I don’t think anyone would have believed 10 years ago that he would have played this year, gone to the Super Bowl and been MVP of the league at 40 years old,” said Kraft. “It’s just unbelievable. It speaks to the way he takes care of himself, the way he trains, how much film he watches, one of the hardest working guys. He is driven to excel. I think as long as he feels he is like that, he’ll keep playing. We’re so lucky to have him in our system.” 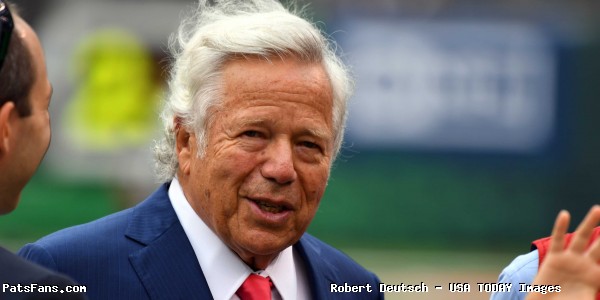 Kraft Visits Mill in Prison – Robert Kraft is no stranger to doing the unexpected and he did just that on Monday after making a surprise visit to incarcerated rapper, Meek Mill.

Mill, who is currently serving time in a Pennsylvania prison stemming from a parole violation, received a visit from both Kraft and 76ers owner Michael Rubin, with the two stopping to speak with reporters following their meeting with Mill.

“Amazing young man. I know how I’d feel if I was in the situation he is,” Kraft said via NBCPhiladelphia.com. “Every time I see him, I just come away more impressed. He’s very intelligent. And makes it clear to me we have to do something with criminal justice reform.”

Mill is reportedly serving 2 to 4 years in prison after being sentenced in 2017 for violating his probation, which NBC 10 reports stems from a failed drug test, traveling out of the region and getting arrested for fighting and other related offenses.

Robert Kraft On #MeekMill Visit: 'This Guy Is A Great Guy And Shouldn't Be Here' https://t.co/lLSjQjHR1G pic.twitter.com/PPAUrtKDDM

Kraft has always been one to go against the grain when the situation called for it, and clearly he feels strongly about Mill’s situation.

Mills has received some high profile support in prison, with Kraft and Rubin among others that have included 76ers players Ben Simmons, Markelle Fultz and Joel Embiid, who have also visited him in prison. 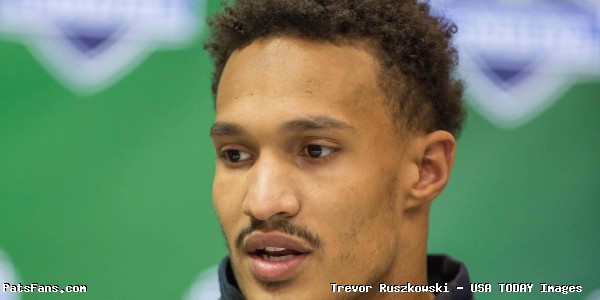 Rivers quietly did a nice gesture back in February. (USA TODAY Images)

Rivers Gives Man a Lyft – Mike Reiss let everyone in on a cool story he found out about that had to do with Patriots defensive end Derek Rivers.

According to Reiss, Rivers ordered a Lyft ride for a homeless man, which he conveyed to the driver, Mary Vilorio.  He reportedly told her he would be paying for the ride, but that it was for someone else.

“When I got there, he introduced me to a man and explained that he needed to get to Fall River, which was about an hour away. He was just very caring about it, and the two of them were talking about the Bible,” Vilorio told Reiss. “I didn’t think anything of it, and then when I got in the car, the man started talking about how he was homeless, was struggling with alcohol, and that the person who had just helped him played for the Patriots. I said, ‘Really?’ Then I Googled the name ‘Derek Rivers’ and it was the same person. I was like, ‘OMG!’”

According to Reiss, the ride cost $66 and Rivers tipped Vilorio $35.

It’s a great story, with Rivers showing that he’s a good-hearted player who definitely fits the mold of what people have come to expect from guys who wear a Patriots uniform.  After spending last year on injured reserve, it’s yet another reason to root for him to have a terrific comeback season.

Lucks Decision to Tough Out Injury Messed Up His Mechanics – Josh McDaniels decision to forego the head coaching job in Indianapolis is looking more and more like the right move after a report this week that things are still not going well for starting quarterback Andrew Luck.

Luck, who has been through a long painful rehab from his injured shoulder, said that part of what he’s dealing with is the fact that he overcompensated for his shoulder injury over a long stretch, which ultimately led to some bad habits that are still causing him pain.

He told the Indianapolis Star that if he had it to do over again, he would have handled it differently.

“I’d like to think I’m learning from my life,” Luck said, via Stephen Holder of the Indianapolis Star. “I’d like to think everybody does that in a sense. If you look back — I don’t want to get into shoulda, coulda, woulda — but I’ve learned from the point of injury on. ‘If it ever happened again, maybe this is how I would handle it.’”

The veteran quarterback claims that the overcompensation has messed with his mechanics, and it’s something he’s now been forced to focus on as he tries to get healthy.

“I wouldn’t say [I am] changing my throwing motion,” said Luck. “There are things in my throwing motion that I can do better from the ground up, and that’s a big part of what I’ve been working on, making sure I am using my body as efficiently as possible to throw the football and not over- or under-compensate in any way.”

With the AFC South on the schedule for the Patriots, Luck’s situation bears watching since the team will play them at some point this season.  We should find out the dates for this year’s opponents as the league announced last year’s schedule on April 21, 2017, which means this year’s version should be announced very soon.

READ NEXT:
Podcast: Offensive Draft Preview For The Patriots
Posted Under: Uncategorized

By: Robert Alvarez
Bill O'Brien shares his first comments and reaction in his first interview since becoming the Patriots' new offensive coordinator.
4 hours ago