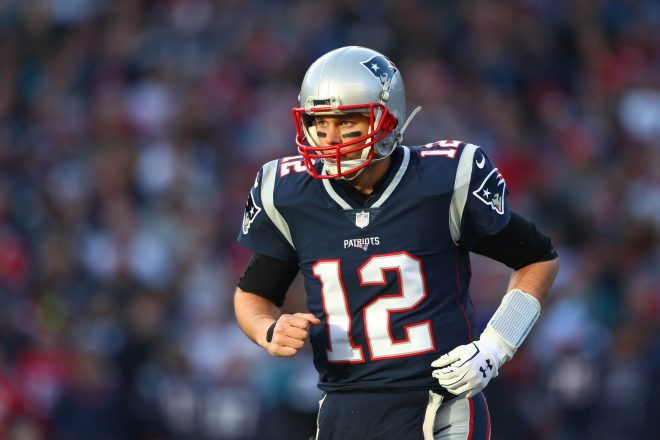 Not a whole lot went the Patriots way during Super Bowl LI, but unlike 15 other AFC teams, they still managed to claw their way to an eighth NFL title game appearance under head coach Bill Belichick.

One of those losing teams was the Pittsburgh Steelers, who went one and done in the postseason and will enter 2018 without a championship ring in the last nine seasons.

Despite their head coach proclaiming “we expect to be there” and players chirping about a rematch with the Patriots, it never came to fruition as Steelers were sent packing for the Pro Bowl by the Jaguars.

Which takes us to Monday, Over his Instagram account Steelers wide receiver Antonio Brown decided to poke a little fun at Tom Brady’s dropped reception and old teammate James Harrison.

So to recap, despite not having a win against the Patriots since 2011, Brown for whatever reason fired a slight shot when they were down and out, because the only place the Steelers can beat New England of late is behind a screen.