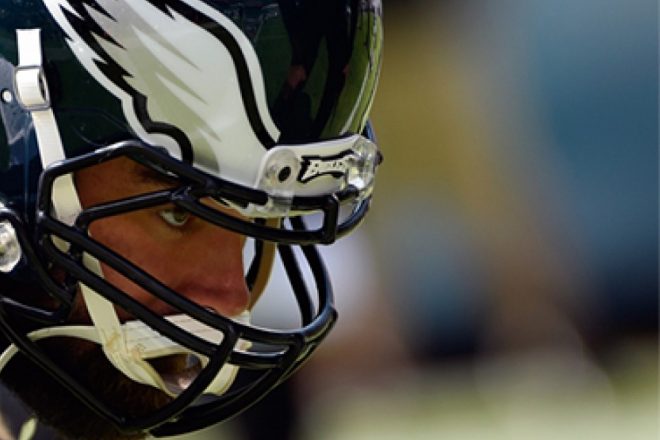 This is shaping up to be a Super Bowl worthy of its name as the New England Patriots and Philadelphia Eagles are preparing for this Sunday’s championship. And in the Super Bowl, you’ll hardly find two teams more evenly matched.

While the teams met in the 2015 season, both are very different from the ones who played in Gillette. We’ll do a detailed break down of the key matchups later this week  But here is our quick look at the Philadelphia Eagles and what we’ve seen in watching the film of some of their games this season.

Foles Shook Off Criticism to Play Very Well in the Playoffs:
Nick Foles is in his second stint with the Eagles and they are certainly glad he’s back. After Wentz went down with a torn ACL, Foles stepped in and after some initial struggles to find his comfort level in the offense, he’s been excellent in the postseason.

Foles has completed 77 percent of his throws in the playoffs with three touchdowns and more importantly zero interceptions. The important factor for Philly has been, they didn’t have to change the offense with Foles at the helm.

With his comfort level in the pocket, the Eagles are clicking offensively. It will be the Patriots’ defense to change that comfort level early in the game by disguising looks and pressures. Otherwise, it could be a long evening.

Run-Pass Option (you’ll hear about this all week), RPO is NOT a New Star Wars Character:
One area of the Eagles offense that will be discussed a lot this week is the RPO.  Foles and the Eagles carved up Minnesota’s defense with this badly in the NFC Championship game. They took advantage of the Vikings aggressive nature and shredded them with it. The keys were the quick slants off of them, much in the manner that Jacksonville ran.

The Patriots, however, aren’t an aggressive defense, but more of a read and react group. So the key from New England’s perspective is maintaining gap integrity and setting the edge. Foles isn’t as mobile as Wentz so he’s not the threat to run that the starter was.

Linebacker play will be key here. With two good and very different styles of backs in LeGarrette Blount and Jay Ajayi, Foles will have the option of handing it off or faking it and passing the ball in the quick open field.

The Eagles Run Defense is Excellent:
Philadelphia’s run defense is #1 in the NFL allowing just 79.2 yards per game. It begins with the big men in the middle, Fletcher Cox, and Timmy Jernigan. They are the big, immovable objects in the center of the line.

They make things very tough to run in the middle of the field, exactly where the Patriots like to run. The stretch plays and the slow developing runs to the outside are very tough on this defense because of the way they flow to the ball.

The Jaguars defense made running the ball tough last week on the Patriots offense. The opportunities will be there but Josh McDaniels will have to be creative. Which segways into our next topic…

The Patriots Need to Find Success on Early Downs:
Philadelphia’s subpackage defense is really tough. They go to a NASCAR type package in their pass rushers with Cox and moving Brandon Graham inside, then they still have Vinny Curry, Chris Long and Derek Barnett as their edge rushers.

While the Eagles don’t blitz a ton but will send safeties or corners on third and long situations and don’t rack up huge sack numbers, they do rack up a ton of QB pressure. Consistent pressure is what drives the defense and they’re very good at it.

So from a Patriots perspective, they need to be successful on first and second down. Mix things up, use play-action passes which should be very effective against their linebackers and use the hurry up once they get a first down to keep the Eagles from substituting. Of course, they’ll need to produce as well. Otherwise, it is just getting the Philly offense back on the field that much quicker.

The Eagles front four is deep and talented, arguably the best in the NFL. Getting in obvious passing situations on third down is inviting trouble and they’ll respond by bringing the pressure. In their last four games, Philly’s defense hasn’t allowed more than 10 points.

The Tight Ends for Both Teams are the Focus:
While both offenses operate quite differently, the tight end in each is a big part of what makes them go. The Eagles boast three good tight ends with Zack Ertz, Brent Celek, and Trey Burton. Ertz was their leading receiver in 2017 and was Foles’ go-to guy against the Vikings, completing first down after first down. He’ll be matched up with Pat Chung and if New England is going to be successful, Ertz can’t be allowed to become that kind of target again.

For New England, Rob Gronkowski (if he’s healthy) is the gold-standard for TEs in the NFL. While Malcolm Jenkins will probably see him a lot in this matchup. The Eagles may try to pull a page out of Jacksonville’s book and double up Gronk with Jenkins and Corey Graham. If that is the case, then the WRs will have to win one-on-one matchups.

Philly played a lot of zone coverage this year, Brady will pick those apart. Look for them to match up in man coverage. Their corners are ok but not great, they look better because of the pass rush, much like the Pittsburgh corners used to be in years past.

It is just another interesting piece of the chess match. We’ll be back later this week with the full matchups and our prediction.