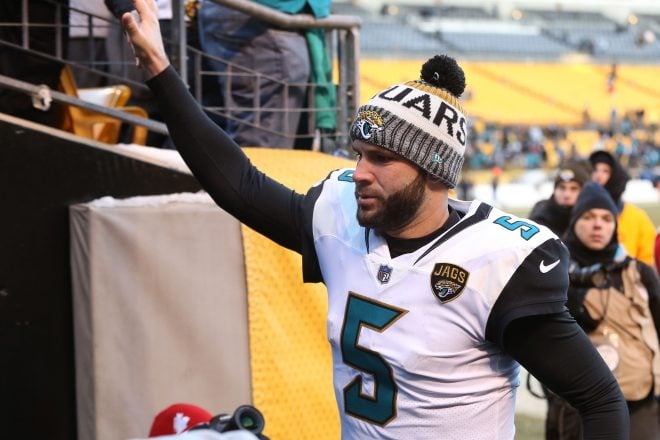 The much anticipated AFC Championship Game will not be a rematch between the Patriots and Steelers as the Jacksonville Jaguars for the second time this season went into Pittsburgh and beat the Steelers 45-42 in the Divisional Round of the NFL Playoffs.

New England had already advanced on Saturday night by thrashing the Tennessee Titans 35-14 and will now face the Jaguars who won a close defensive struggle 10-3 over Buffalo and now a shootout against the over-confident Steelers.

The Jaguars, played the underdog role well all week, listening to several Pittsburgh players including safety Mike Mitchell and running back Le’Veon Bell openly talk about beating New England in a rematch, totally dismissing Jacksonville, which was doubly infuriating for the Jaguars since they blasted the Steelers 30-9 in Pittsburgh earlier this season.

Mitchell was even reported to be standing outside the Jacksonville locker room trash-talking the Jaguars before the game. Once again, this failure resides right in the lap of the Pittsburgh coaching staff. While talking up their “upcoming” game with New England, they forgot about Jacksonville and their performance on the field was easy to point at.

Jacksonville, behind the power running of Leonard Fournette, play-action passing of Blake Bortles and that tough opportunistic defense raced out to a 21-0 lead early in the second quarter before the Steelers decided it was time to play. Ben Roethlisberger shook off a shaky, poor start to toss five touchdown passes, several of the highlight reel variety on fourth downs to keep the game close, but it was not to be.

Jacksonville came to play…this week. The Steelers were too fixated on next week and now go home with nobody to blame but themselves. To discount and overlook a tough team with the #1 defense in the NFL, and one that had routed you earlier in the year in your own building is unconscionable. He’ll have all spring and summer to answer those questions and they are legit ones. That locker room is way too loose.

Jacksonville is Ready: But for Doug Marrone’s team, they’re flying high right now. They entered the playoffs as the #3 seed and now part of the final four and they, (and rightfully so) feel like they can beat anybody. The pass defense is the #1 unit in the league and will present a tremendous obstacle for the Patriots.

Why? They can create plenty of QB pressure without blitzing just rushing their front four. That means they can drop seven men into coverage and fill up the passing lanes. Their cornerbacks are very good, we saw A.J. Bouye last year with the Texans in the playoffs.

Teams Are Very Familiar With Each Other: This summer during training camp, the Jaguars and Patriots conducted joint practices with each other and there is much that can be learned about each other from those long looks on the Gillette upper fields.

You can guarantee that both sets of coaches will be looking at those tapes this week to see if they can catch the slightest nuance from their opponent. It also gives a good look at the role players, the guys that may only come in for a handful of snaps each week to see how the team may use them and get a better feel for their strengths and weaknesses. 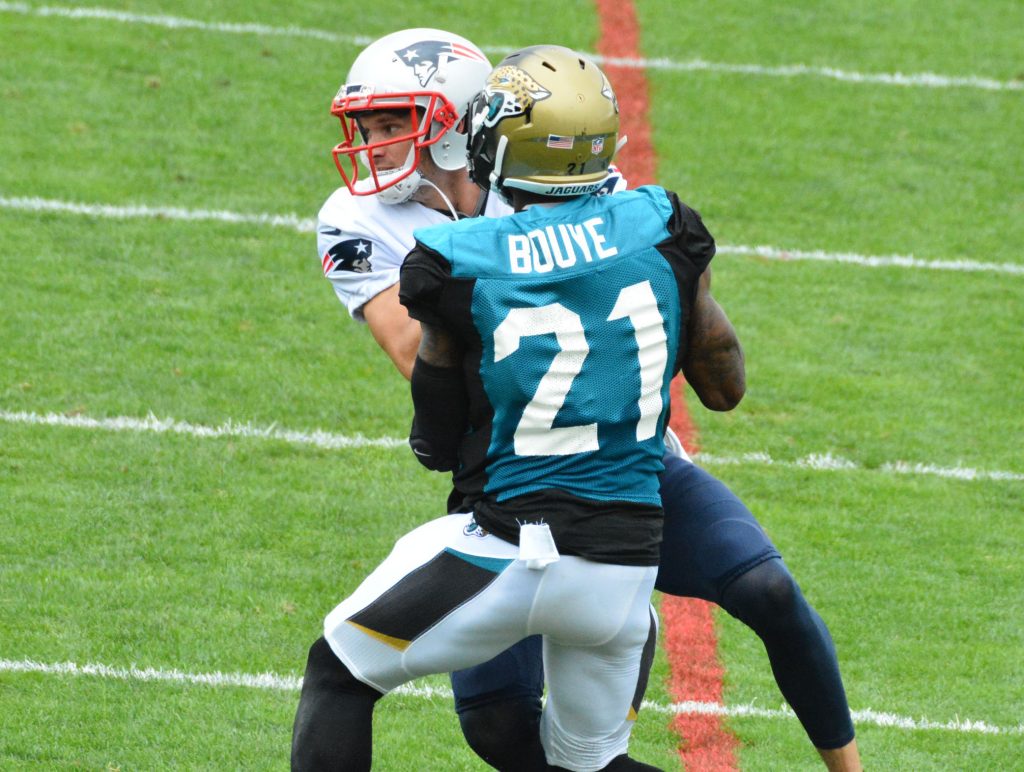 One player who gave the Jaguars fits (and who’ll be missed this week) was Julian Edelman who was nearly uncoverable in the workouts. For the Jaguars, Marquise Lee had his way with Malcolm Butler on several occasions. And Brandin Cook’s speed was something that the Jacksonville defense definitely struggled with. While Leonard Fournette showed why the Jaguars were so high on him.

We’ll have more on these matchups later this week.

Coughlin Factor Will be Overblown This Week: Tom Coughlin has his hands all over the Jaguars success this season. He knows how to build a solid football team. And it starts with his defense and then he builds a big physical offense built around the running game that feasts on play action when the defense over commits to stopping the run.

This is what he did here in Jacksonville to start the franchise, then brought it to the Giants and now he and Marrone are doing it here in Jacksonville again. They are a very physically tough, well-balanced football team. But less than 8 hours after their defeat of Pittsburgh, social media is already overflowing with the “Coughlin has the blueprint” on how to beat New England mantra, like he owns a secret talisman that is kryptonite against Tom Brady. That is what we’ll hear all week.

Coughlin’s teams win by being balanced and tough defensively. As we said above, they’ll present a very difficult challenge for the Patriots to beat this Sunday. And his defense in both Super Bowls slowed down the Patriots passing offense by making them one-dimensional and getting after Brady. In Super Bowl XLII they held New England to 45 yards rushing. In SB XLVI it was 83 but 21 of those belonged to Wes Welker.

And remember, for as stout as Coughlin’s defenses played in each, it took incredible deep, passing plays by Eli Manning to pull out each. The velcro catch down the middle in the former and the beautiful dime he threw to Mario Manningham in the latter.

It is just great team defense, there isn’t a secret or a blueprint. It is going out and producing. Both of these teams are vastly different from those teams and this will be a great chess match all on its own.

We’ll have a deeper look at the Jaguars here soon. Final Four Week is here. All four teams got here the old fashioned way…they earned it. This is what the postseason is all about.