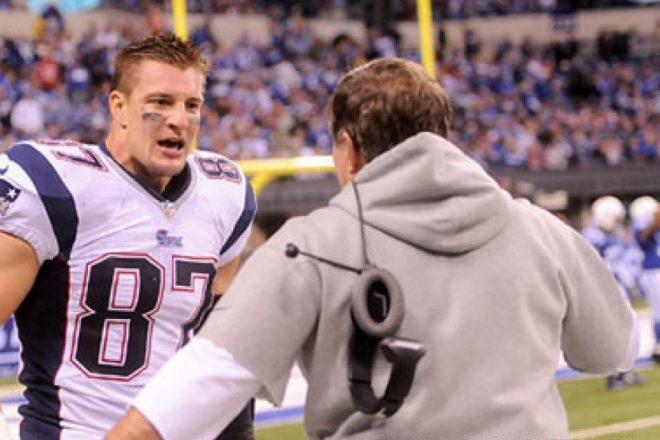 On Friday at the end of his final press conference with the media before Sunday afternoons regular season finale against the New York Jets, New England Patriots tight end Rob Gronkowski showed off some impersonation skills of his head coach Bill Belichick when he was asked about James Harrison and recent matchups against him.

For background reference, earlier in the week Belichick was asked similar questions, but deferred away and only responded to questions about the Jets. Gronk apparently watched and what followed was a funny exchange with ESPN Boston’s Mike Reiss.

“What do you remember about past matchups with James Harrison and what it is like to go against him?”

Reiss followed up by asking ”You see that back and forth the other day?”

“Yeah. You failed. He got you good,” Gronkowski responded laughing as he walked away from the podium.