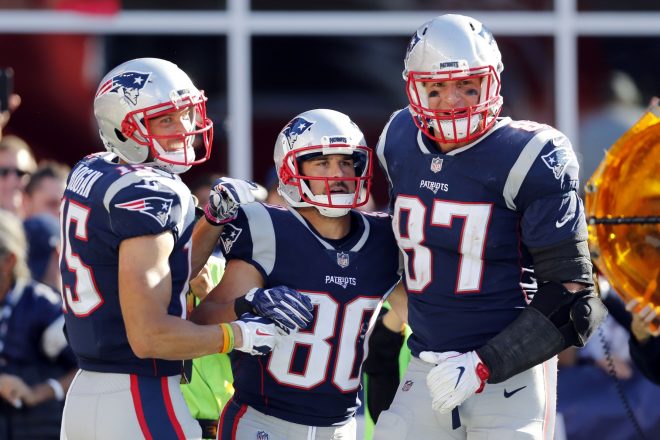 On Monday, former New England Patriots quarterback and current Texas Tech Head Coach Kliff  Kingsbury helped put together a special announcement that one of his walk-on players was awarded a full scholarship.

In a video, former Red Raider Danny Amendola and teammate Rob Gronkowski helped share the surprise news to safety Justus Parker. The results, tears of joy from Parker coupled with thunderous applause and hugs from his teammates and coaches.

Unbelievable moment getting told by @RobGronkowski and @DannyAmendola that I️ am officially on Scholarship!! Thankful and blessed to attend Texas Tech University

According to an article of out SportsDay in Dallas, “Parker began his career at Texas Lutheran before transferring to Texas Tech and walking on. He made a major mark on the Red Raiders’ improved defense with 42 total tackles and a fumble recovery for a touchdown.”

“He also led Texas Tech in interceptions in four. He intercepted Texas quarterback Sam Ehlinger in the fourth quarter of Texas Tech’s 27-23 win over the Longhorns.”