3 years ago at 7:45 am ET
Follow @IanLogue
Posted Under: NFL News 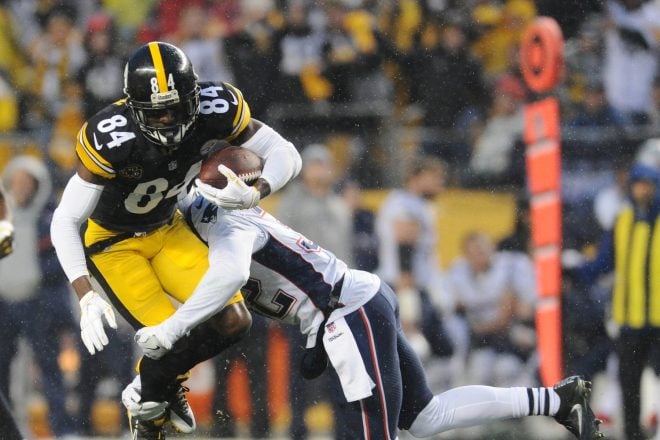 The Patriots caught a bit of a break on Sunday when Steelers receiver Antonio Brown went down with an early-game injury, but it appears he may be back on the field should the two clubs meet again in January.

According to the NFL Network’s Ian Rapoport, Brown reportedly suffered a torn calf muscle during Pittsburgh’s loss to New England on Sunday, which may cost him the remainder of the regular season but it sounds like he may be back in action again for Pittsburgh during the playoffs.

After a variety of tests, #Steelers WR Antonio Brown has a partially torn calf muscle, source said. The hope is that he’s OK for the postseason. His regular season is over. No surgery needed.

Brown went down just minutes into the second quarter after his leg collided with a Patriots defender on an incompletion on a 2nd-and-18 play in the end zone.  After the play, Brown was writhing on the ground in agony and required assistance as he left the field.

Reports later said that after having X-rays at the stadium, he required further evaluation of his injury and he was transported to the local hospital.

Brown finished with 2 receptions for 24-yards before he left the game. 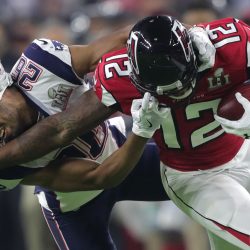 In a Crowded Patriots Backfield, Keep Your Eyes on Taylor
By: Steve Balestrieri
| Patriots Commentary
Despite the running back position being arguably the deepest on the team, the Patriots signing of Arizona running back J.J. Taylor as an undrafted free…
5 days ago