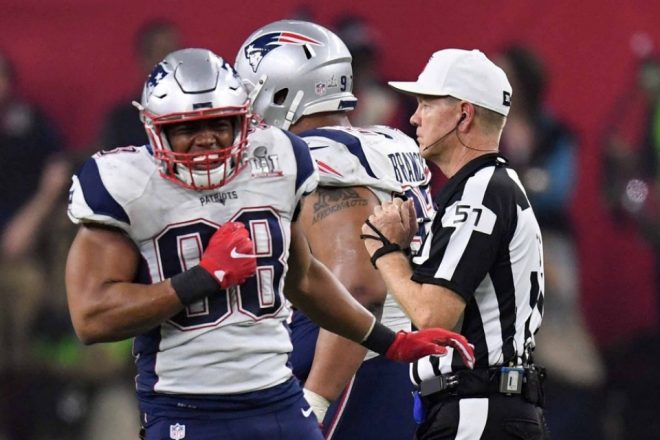 Just when you think you’ve seen every single “28-3”joke over the past eight months, Patriots Nation finds a new way to continue trolling the Falcons for their epic collapse.  On Monday, a Craigslist posting was spotted locally in Foxboro with somebody looking to sell 328 fog machines for the mere price of $2,500.

The description states: “I have 328 fog machines available for sale, used only once, don’t need anymore,” the ad reads. “Tested each and every one of them, they all did their job. You’re gonna want to keep these things away from anything that flies. No vultures, Falcons, Eagles or anything. Bad things happen.”

Someone in Boston is selling 328 fog machines on Craigslist 😂 pic.twitter.com/KJQfgYQLsj

Get it? Its number of machines references the Super Bowl score (28-3) and their cost as the deficit the Patriots overcame (25 points). (But you knew that).

The joke posting could also target Falcons wide receiver, and conspiracy theorist Julio Jones, who briefly thought the Patriots could have been behind the game conditions being the way they were.

Julio Jones just tiptoed into a suggestion that the Patriots shooting off fireworks in fog made it tough for team trying to make a comeback.

While head coach Bill Belichick has been onto 2017 since traning camp, Patriots fans may never let Atlanta move on from February. Of course, it didn’t help they played like it was the second half of the Super Bowl on Sunday during their 23-7 loss, but sure it was “definitely”the fogs fault.

How Was This Article?
Posted Under: Patriots Commentary
Tags: Julio Jones