5 years ago at 11:15 am ET
Follow @SteveB7SFG
Posted Under: Patriots Commentary 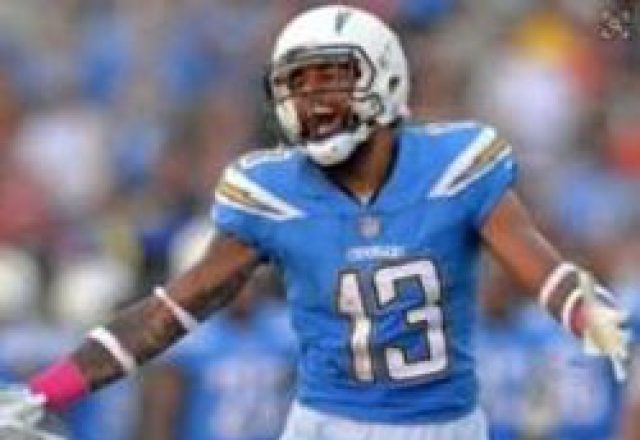 When the 2017 NFL schedule was released, the Patriots Week 8 matchup at home looked like a slam dunk win, an obvious blowout….hold the fort there.

After a 0-4 start with a couple of close losses, the San Diego, err Los Angeles Chargers are suddenly resurgent and climbed right back into the mix in the AFC West by winning their last three games. The final one, an impressive white-wash blowout 21-0 victory over Denver was an eye-opener. While the 2016 version of the Chargers lost 11 games, it should be noted that eight of those losses were by seven points or less. The snakebit Chargers lost two games this season on a last-second blocked field goal and another late miss which would have tied the game. They are always in their games.

Here are a couple of our early impressions of the Chargers before Sunday’s game.

Rivers Remains Constant, Despite the Commute: The Bolts have several things going for them, not the least of which is QB Philip Rivers. The 35-year old QB just notched the 100th regular season win of his career in the shutout win over Denver. And while he hasn’t got the press because of the team’s slow start, he’s still very productive. Rivers is fifth in passing yards (1,816), fifth in completions (156) and seventh in touchdowns (12).

The impressive thing about Rivers is that he has that ability to carry a team on his back and will them to a victory. We’ve seen it time and again with some of those tough matchups in the AFC West. He’ll hang in the pocket and do whatever is necessary to win.

Rivers’ toughness is without question, leading up to the 2007 AFC Championship Game, he tore his ACL and still played the entire game in New England against the Patriots. He gutted out the entire game and never used it as an excuse. It speaks volumes about his character, especially considering in that game, his Hall of Fame running back sitting on the end of the bench because of a hurt toe.

Rivers didn’t make the move to Los Angeles, opting to stay with his family in San Diego, he and his wife have eight children and didn’t want to uproot the family. So he makes the commute from San Diego to LA in a luxury SUV where a driver takes him to work.

Defense Has a Trio of Good Pass Rushers: The Chargers defense is ranked 8th in the NFL allowing just 18.7 points per game. Their pass defense is currently ranked fifth in the league allowing only 185.4 yards per game. And much of, but not all of their success can be attributed to their pass rush.

The Bolts have a plethora of riches in the pass rush department and have three quality pass rushers who have at least five sacks. Only two teams in the league have three players with five or more sacks. Melvin Ingram leads the way with 8.5 sacks, Joey Bosa has 7.5 and Chris McCain has five. The Chargers 23 sacks rank fourth in the league. With the talent they have, they can slide Ingram inside to an interior pass rusher position and still have two excellent edge rushers.

Their pressure has contributed to turnovers, during the present three-game winning streak, the Chargers have forced seven turnovers. LA ( I still can’t get used to saying that), has a pair of very good corners in Casey Heyward and Trevor Williams. They are very competitive, each has an interception thus far this season, while Heyward has eight passes defensed this season while Williams has five. The Chargers sacked Trevor Siemian five times on Sunday.

Allen, Gordon Leads the Way for Pass Receivers: Keenan Allen who was injured the past two years, is healthy again and is Rivers favorite target with 36 catches for 487 yards and one touchdown. Melvin Gordon, the Bolts lead running back is a terrific pass receiver with 29 catches for 228 yards and four touchdowns coming out of the backfield. Allen is the league’s most productive target on third down, with 16 receptions for first downs which is five more than the next closest player. Third down? Allen will be the primary target on most plays this week.

The Chargers have good secondary targets with the 6’4 Tyrell Williams and the speedy Travis Benjamin on the outside. Benjamin returned a punt 65 yards for a touchdown and also caught a 42-yard touchdown pass from Rivers on Sunday.

Rivers still has his old reliable target in Antonio Gates, but the tight end is finally beginning to slow down and has just 14 catches on the season. But taking up his slack is the talented Hunter Henry. The big second-year tight end from Arkansas is having a very solid season with 21 catches for 301 yards and two scores. Rivers has only been sacked 10 times this season. Fifth best for a QB with at least 200 attempts.

Weak Areas Both Center on the Running Game: Despite Gordon being an excellent receiver out of the backfield, the running game for the Chargers remains one of the worst in the league. They rank 31st in yards per game with 79.5 and 28th in the NFL in yards per carry averaging only 3.5 yards per rush. Against the Broncos, Gordon failed to score on four consecutive attempts from the one-yard line. He’s at his best in space but despite having 394 yards rushing with three touchdowns, he is at his best while in space.

The Chargers other weakness has been in stopping the run. However, last week against Denver, they held the Broncos to just 69 yards rushing. But teams have been able to run on them, perhaps because of the aggressiveness of the pass rush. They are 31st in the league against the run, allowing 140.6 yards per game on the ground. With the Patriots the last two weeks finding their groove running the ball, this may be a particular point of emphasis this week. With them allowing 17 sacks thus far this season, they may opt to run more to keep Tom Brady upright and to open up play action passing.

We’ll have more later this week in our detailed matchups.