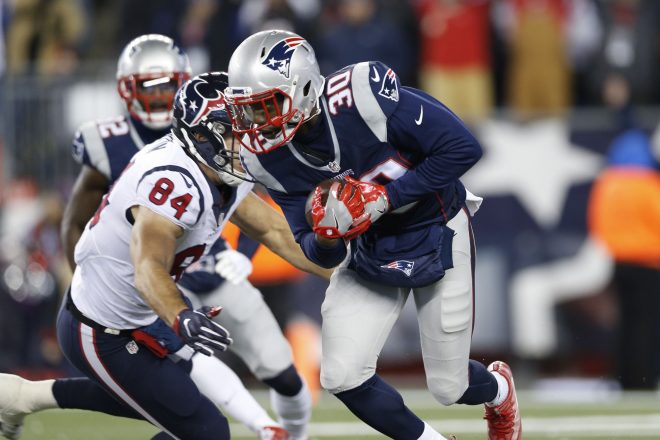 A rematch of Super Bowl 39 is among the highlights of NFL Week 4. Carolina travels to Foxboro to take on the Patriots in an early afternoon game with New England favored by 9½ points. In the same time slot Baltimore hosts Pittsburgh in a battle of bitter AFC North rivals. The late afternoon game should be a good one as well. Oakland is at Denver in a clash of original AFL antagonists for supremacy in the AFC West. Indy is at Seattle for what looms to be a letdown for NFL fans on Sunday night, and then Washington is at KC on Monday night.

For a look at what games will be televised in your area, please check out JP Kirby’s 506 Sports.

Perhaps Miami will find some extra motivation after losing to the Jets. I’m more inclined to believe that the New Orleans offense will have a field day against a Dolphins defense that has struggled defending intermediate and deep passes.

Carolina will start Kevin Seymour at corner, who was recently acquired to replace injured Daryl Worley. Expect Tom Brady to test Seymour early and often. Carolina has scored only three touchdowns in three games. Despite New England’s woes on defense, the Panthers won’t be able to keep up with the Patriots.

Dallas looks like their offense has finally shifted from training camp to regular season mode. Problem for the Cowboys is that their defense is far from championship caliber. Jared Goff has made great strides from a year ago. The question for him and the Rams is if they can get it done against a good team on the road.

Case Keenum sliced and diced the Tampa Bay defense last week to the tune of 369 passing yards and 34 points. Detroit’s defense is much better than the banged up Bucs though. This should be a great game and good gauge for both teams.

Tennessee is by far the more well rounded team. I am more inclined to believe Houston’s offense is more like the team that scored 20 points in their first two games combined than the one that posted 33 points last week.

Jacksonville is a road favorite for the first time in six years thanks to their defense. Meanwhile the Jets plans to tank have gone awry with a couple of decent performances. This franchise is so bad they can’t even succeed at an attempt to fail.

The good news for Ohio is that one of their pro football fan bases will be able to celebrate their first victory of the 2017 NFL season. Unless of course ineptitude continues to reign supreme in the Buckeye state and this game ends in a tie, which would surprise no one.

Baltimore turned some heads by forcing ten turnovers on their way to a 2-0 start. Lost in the conversation was the fact those games were against the winless Bengals and Browns. Pittsburgh is notorious for their mediocre play on the road, but the Steelers should win this game with ease.

Atlanta has been the beneficiary of several questionable officiating calls en route to their 3-0 start. Buffalo’s defense has looked very good thus far, but consider their competition. The Jets, Panthers and Broncos do not pose the type of offensive threat that the Falcons do.

If both teams were at full strength I would back Tampa Bay without hesitation. Problem is that they will be without three of their best players on defense, and opposing quarterbacks have been abusing corners Ryan Smith and Vernon Hargreaves.

The Chargers have played much better than their 0-3 record indicates. Philly on the other hand deserved to lose last week against the Giants. A bit of regression to the norm for both teams on Sunday.

Arizona may be underachieving this season, but they are far more talented than the lowly Niners.

Both teams looked really good in weeks one and two, and both looked pretty bad in week three. Even though this game is at Mile High, the Raiders are the more talented team. The porous Oakland defense will keep this game close.

The Colts have been bad enough to warrant this huge spread. However, Seattle’s offensive line is so abysmal that Indy should be able to keep the final score within two touchdowns.

Kansas City is the only team in the NFL to start the season both 3-0 straight-up and against the spread. Washington’s defense has been playing much better than I expected them to though, well enough to keep this game close. The speed of Kareem Hunt and Tyreek Hill will be too much for the Skins to overcome.

Thursday, Sept 24 at 8:30 pm ET on CBS
Chicago Bears at Green Bay Packers
Packers favored by 7; point total 44½
The Packers cruised to a 35-14 victory in a game that was even more lopsided than the final score. Chicago was unable to take advantage of Green Bay missing both of their starting tackles, their best defensive player (DT Mike Daniels), and lost RB Ty Montgomery on the opening series. Bears QB Mike Glennon has now turned the ball over eight times already this season (five interceptions, three fumbles). Chicago may as well put Mitch Trubisky under center, and write Glennon off as an $18.5 million mistake.